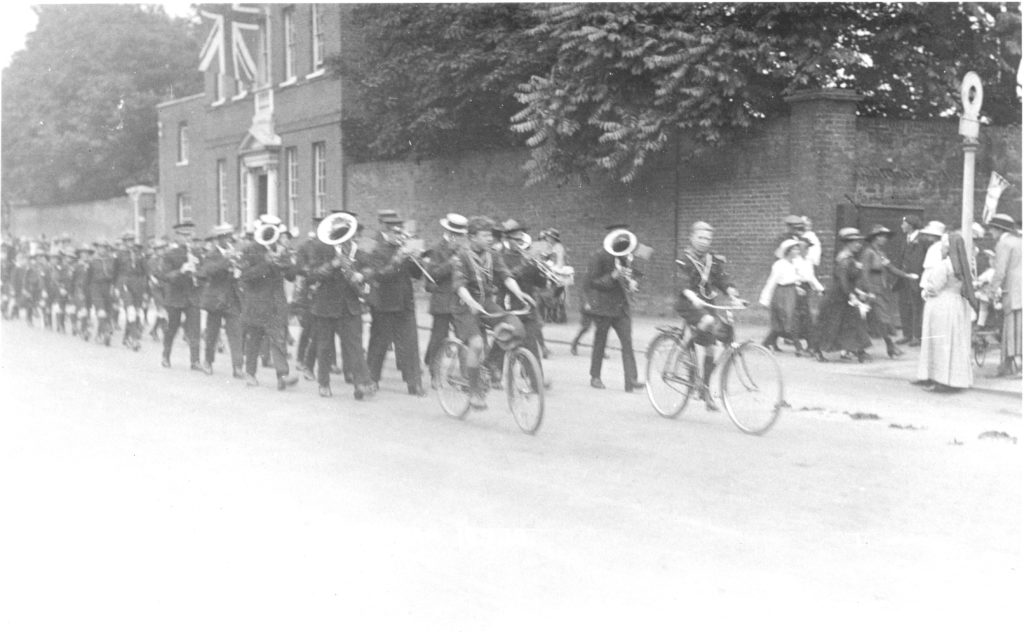 Part of the celebration in Witham was a children’s procession, some of which is shown in this photo. There are boy scouts and brass band, walking and cycling down Newland Street.

In front of the ’10 mph’ sign, with a dark shawl on her head, is probably Miss Alice Luard, in the uniform of the ‘Grey Ladies’, who did charitable work in London.