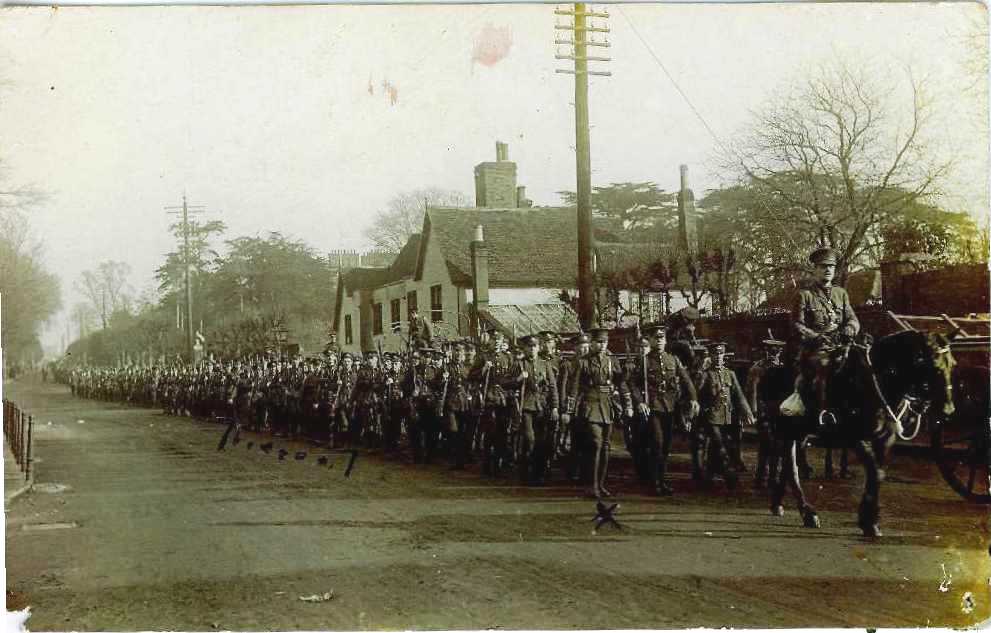 First World War soldiers in front of Freebornes. According to John Murray, owner of the photo, they are the 2nd/7th Warwickshire regiment. They were in Witham from March 1915 to March 1916 (the 1st/7th were earlier). The platoon within the penned lines is that of Lieutenant William Eric Murray, John’s father (born in Melbourne, Australia, came to England with mother and brothers and sisters after father died, later Captain and mentioned in dispatches, injured on the Somme in the same action where his brother Norman was killed, (see M2192), mining engineer after the War). The soldier on the horse is Captain Hanson (later Lieutenant Colonel). The soldier in line with the telegaph pole with an X at his feet is Lieutenant Jagger. In background is Freebornes farm (3 Newland Street), with chimneys of the Grove just visible behind to the left of it. Bollards of Whitehall (18 Newland Street) on extreme left. The same occasion as M2190, which came with it, and also M1897, M1898 (and M452, the same), and M1899.