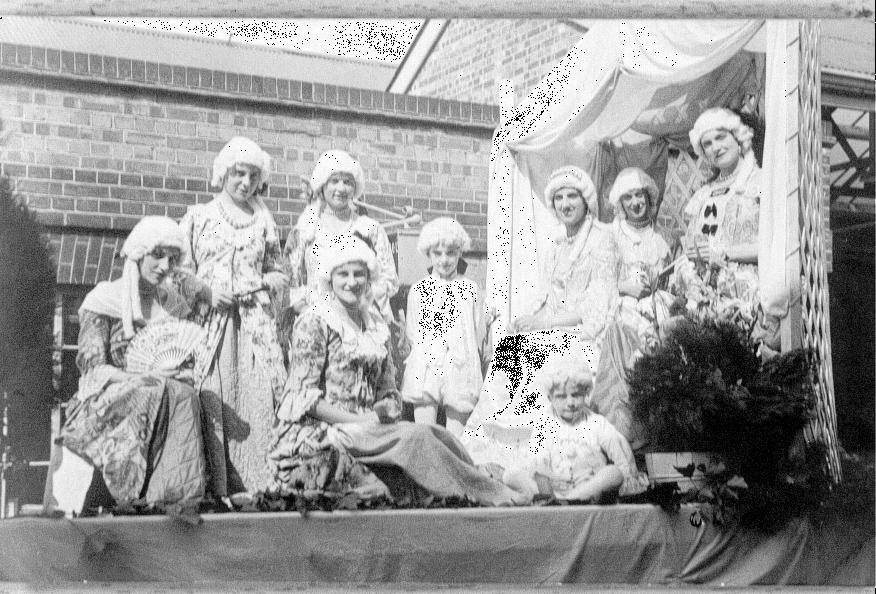 Includes the following, left to right.

The children are Austin Beardwell and Michael Lewis.

There is a full report of the Carnival as a whole in the Braintree and Witham Times, 27 August 1931.