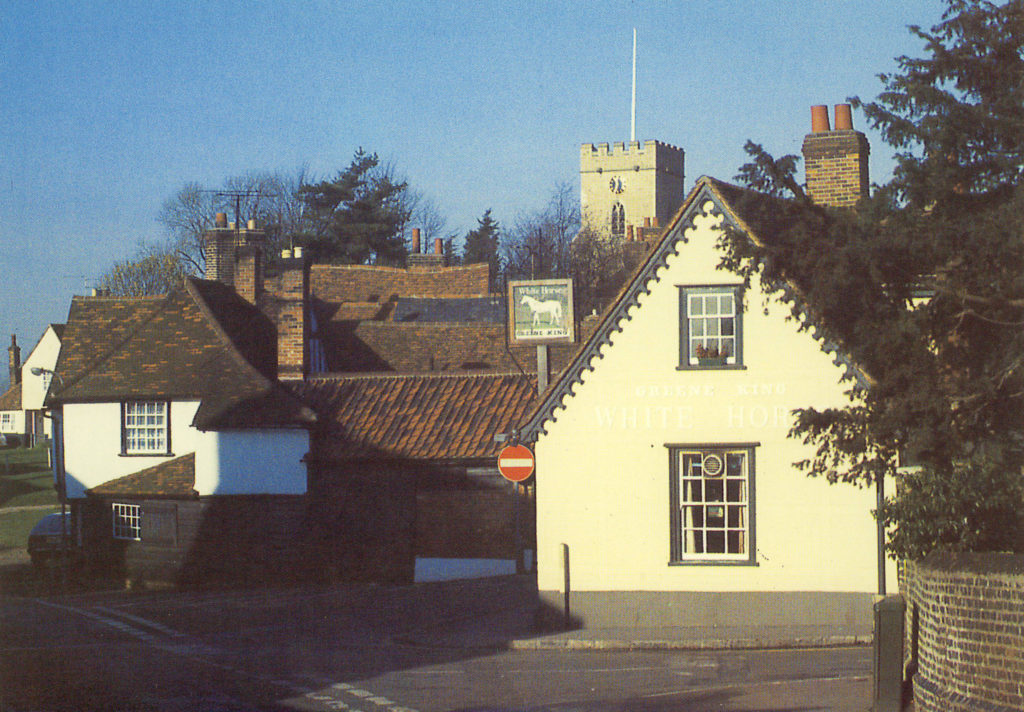 Left to right, part of 30 Chipping Hill (in the background, far left); 18 Chipping Hill and forge; the tower of the parish church, and the White Horse public house (2 Church Street).