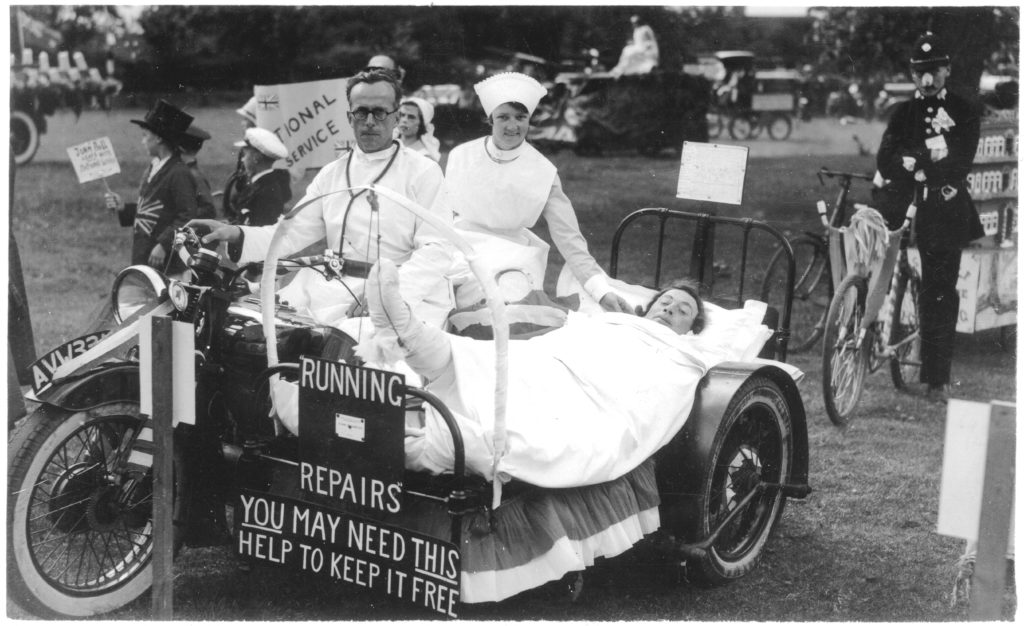 Fred Spall’s motorbike ambulance at Chelmsford carnival. Fred is driving, his wife Olive is the nurse, and the ‘lady’ in the ambulance is Albert Fosker from Pond farm, Rivenhall. A note in the East Anglian Daily Times on 18 August 1939 said ‘Mr Frederick Spall, proprietor of a small garage at Rivenhall near Witham, has completed the construction of a motor cycle combination which he believes will, if taken up, form a valuable contribution to air raid precautions. The entire cost of construction was less than £7’. The bike on the right is a ‘crazy’ bike made by Fred where everything was off centre. People got a prize if they could ride it round the ring but usually they couldn’t. With it is Ron Hubbard. Also includes some of the fancy dress winners, on the right, as shown in photo M838, i.e. Bright and Hurd as National Service, girl as nurse and boy as sailor.