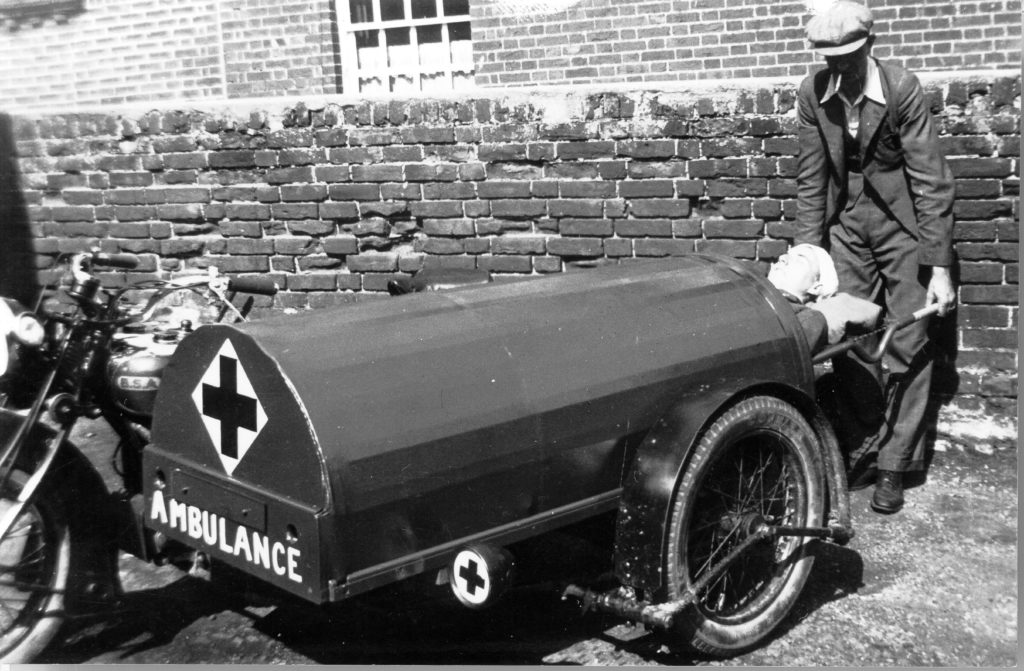 Fred Spall’s motorbike ambulance with a patient. At his garage in Rivenhall, the Corner Garage. He designed it and made it and patented it. A note in the East Anglian Daily Times on 18 August 1939 said ‘Mr Frederick Spall, proprietor of a small garage at Rivenhall near Witham, has completed the construction of a motor cycle combination which he believes will, if taken up, form a valuable contribution to air raid precautions. The entire cost of construction was less than £7’. He used it on one occasion when a Heinkel crashed near Langford, but then was injured in 1940 at the Witham bomb explosion that killed Mr Burmby, and sent to Black Notley hospital, so didn’t get a chance to put it to full use.