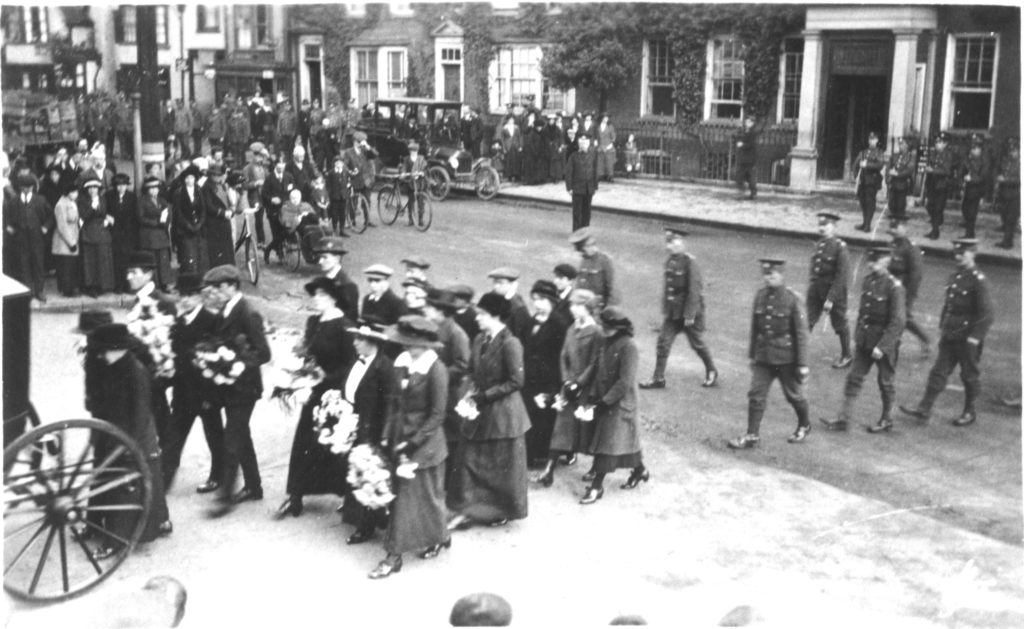 Family passing. Probably his sister Doris Mabel (later Mrs Gage) on the right of group, with a black armband. Possibly his other sister Florence Maud next to her. Probably Mr Blood in his bath chair on the corner.