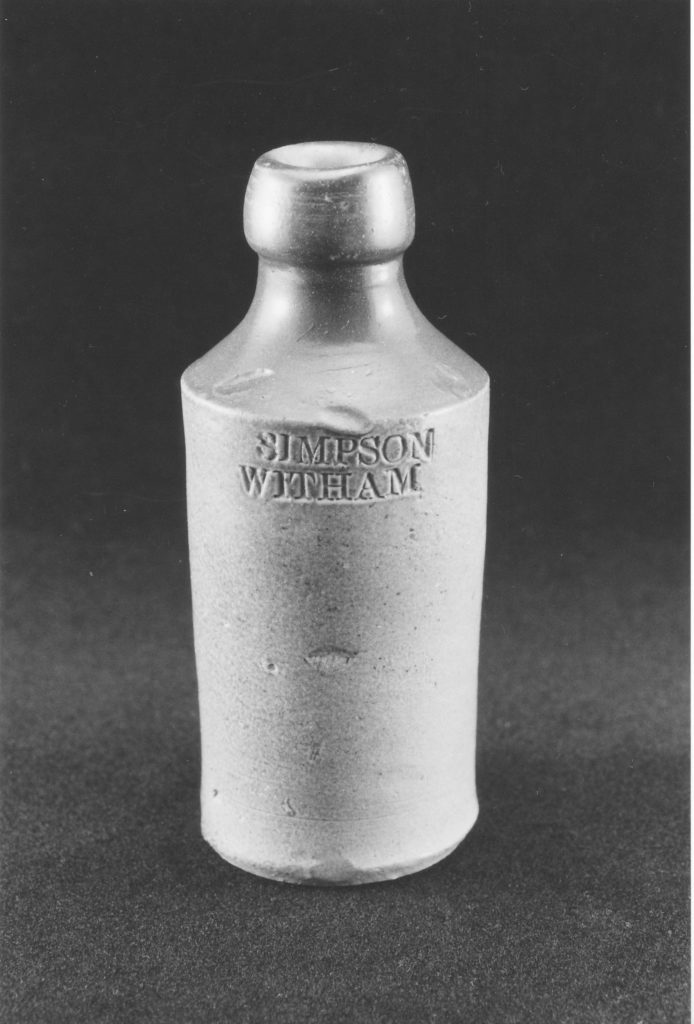 Ginger beer bottle c.6 inches high, inscribed ‘Simpson, Witham’, belonging to Martyn Drake, who found it at 145-147 Newland Street. The Simpson family had shops at what was later 145 Newland Street from at least the early 19th century onwards; first Thomas who died c.1839, then his widow Elizabeth till about 1870, then her son William (formerly an innkeeper and shoemaker) till he died c.1890. He was known as Billy and ‘noted for sausages, gingerbeer and pies’. He was succeeded in the same shop by Samuel Thomas Wood (see photo M1056), probably a relative. See Simpson in the people files.