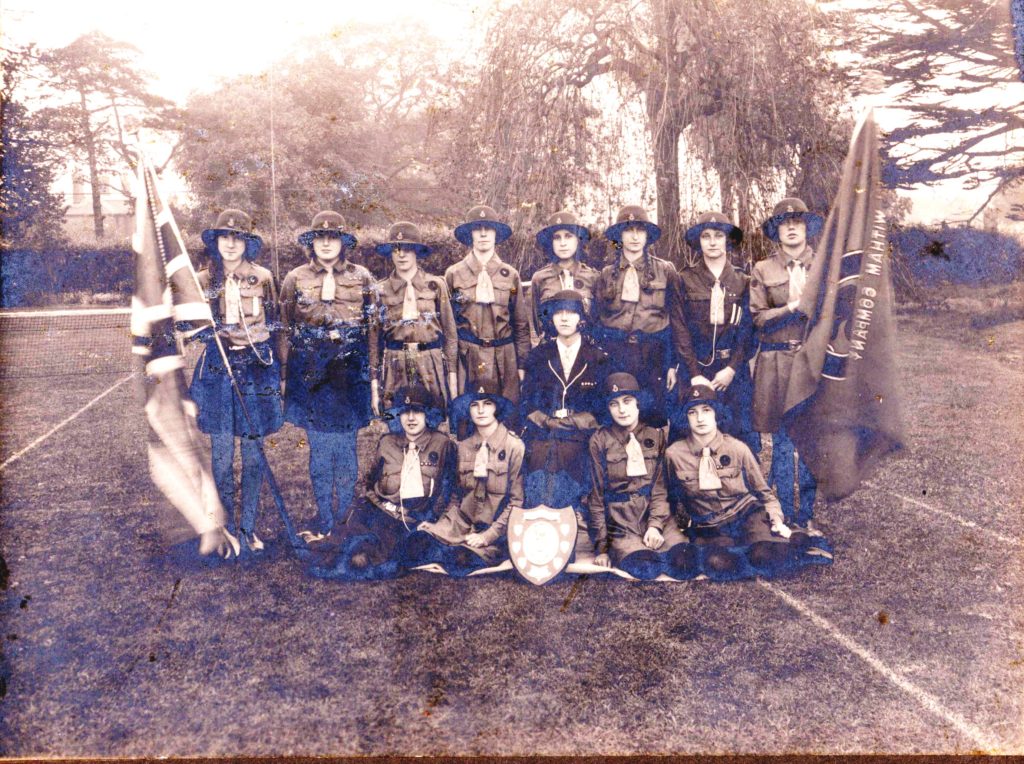 Girl guides with their captain, Miss Irene Mondy. She was captain 1925-1933 (see M1809). She had all their uniforms made at the same time so they would be the same shade of blue. They are in the ‘bottom’ garden of the Mondys which was reached by an arch from the garden behind their house at 63 Newland Street (the bottom garden is now the site of two bungalows accessed from Maldon Road, i.e. Gueth Cottage and Ridgeway). The lines of the tennis court on this bottom garden are visible. A house in Maldon Road is at the back left. On the right are the branches of the cedar tree which was half way along the southern boundary and is now in the garden of one of the bungalows. There was a green door into the bottom garden from the back access road to the pread Eagle; the door is still there.