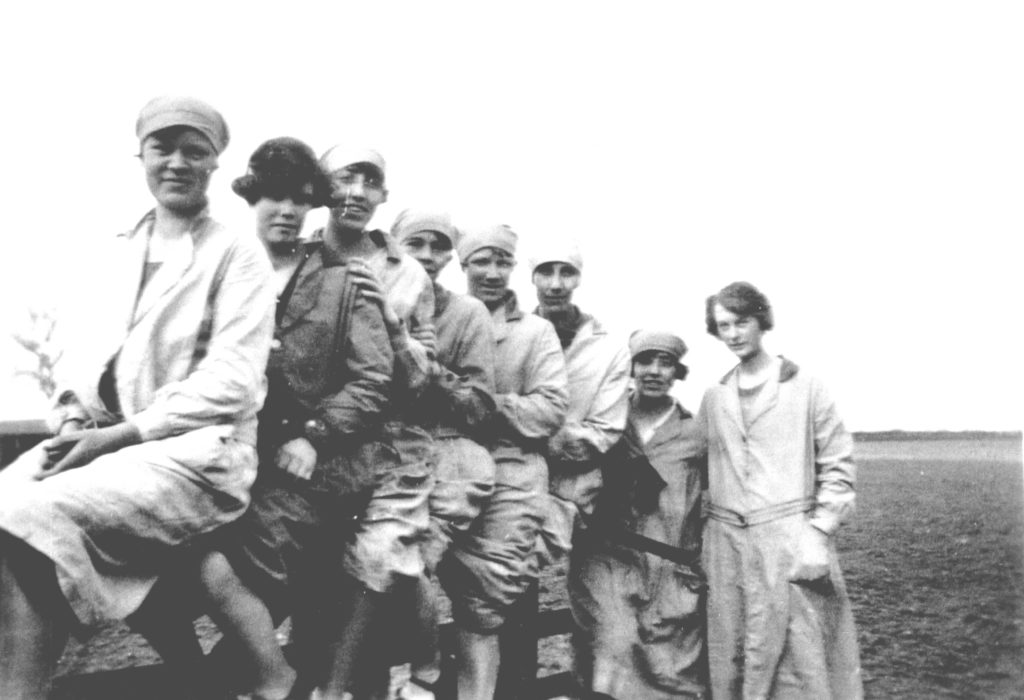 Girls at Crittall’s lead glazing factory in Maltings Lane. This was a little-known branch of the main Crittall’s metal window factory. On the far right is Emily Carter, later Mrs Wade. She married in 1929 and stopped working at the factory then. She and her husband lived in Silver End in a little cottage down Western Lane (information from their son, Cyril Wade of Cressing).
The factory probably opened in early 1926. The UDC building plan in ERO D/UWi Pb1/369, approved 28 December 1925, is for the conversion of the old maltings, architect CHB Quennell. He was a well-known architect who also designed other buildings for the Crittalls. He and his wife Marjorie wrote several series of books starting with “A History of Everyday Things iin England”.