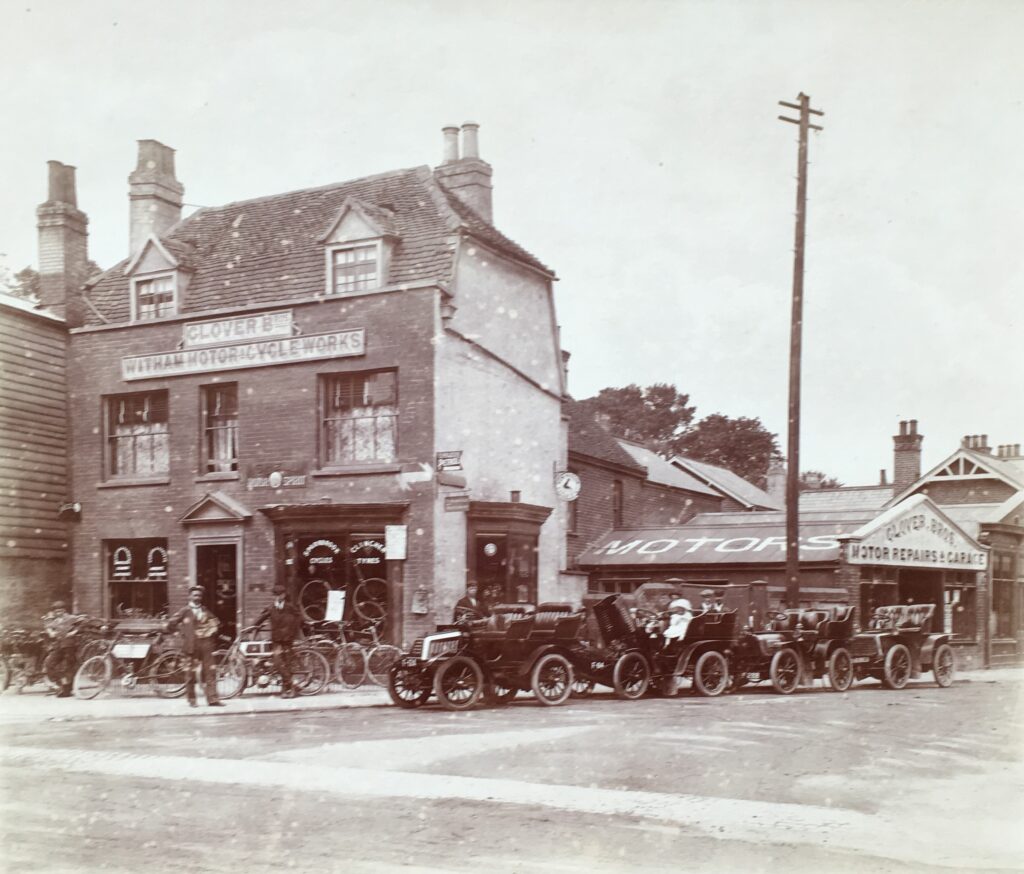 Glover’s Motors, 38 Newland Street and 1 Collingwood Road. The sign at the top of building reads “GLOVER BROS. WITHAM MOTOR & CYCLE WORKS”. The low building on the right, facing Collingwood Road, has “MOTORS” writ large on the roof, and “GLOVER BROS. MOTOR REPAIRS AND GARAGE” on the front. Outside there are some bicycles and a number of cars in a line, which the caption said were “J Glover’s fleet, the first cars for hire”. “First car was formerly Dr Gimson’s”.   One car has a girl dressed in white sitting inside: probably Ivy, the eldest of Joe Glover’s three daughters. Five or six men spread about. Joe Glover is probably the one in front of the shop door, with something on his arm. Date probably 1906.  Very similar to M3086, the second fleet, dated 1909. But that one, M3086, has extra adverts painted on the main wall etc, so must be later because in this one, M3080, it is blank.