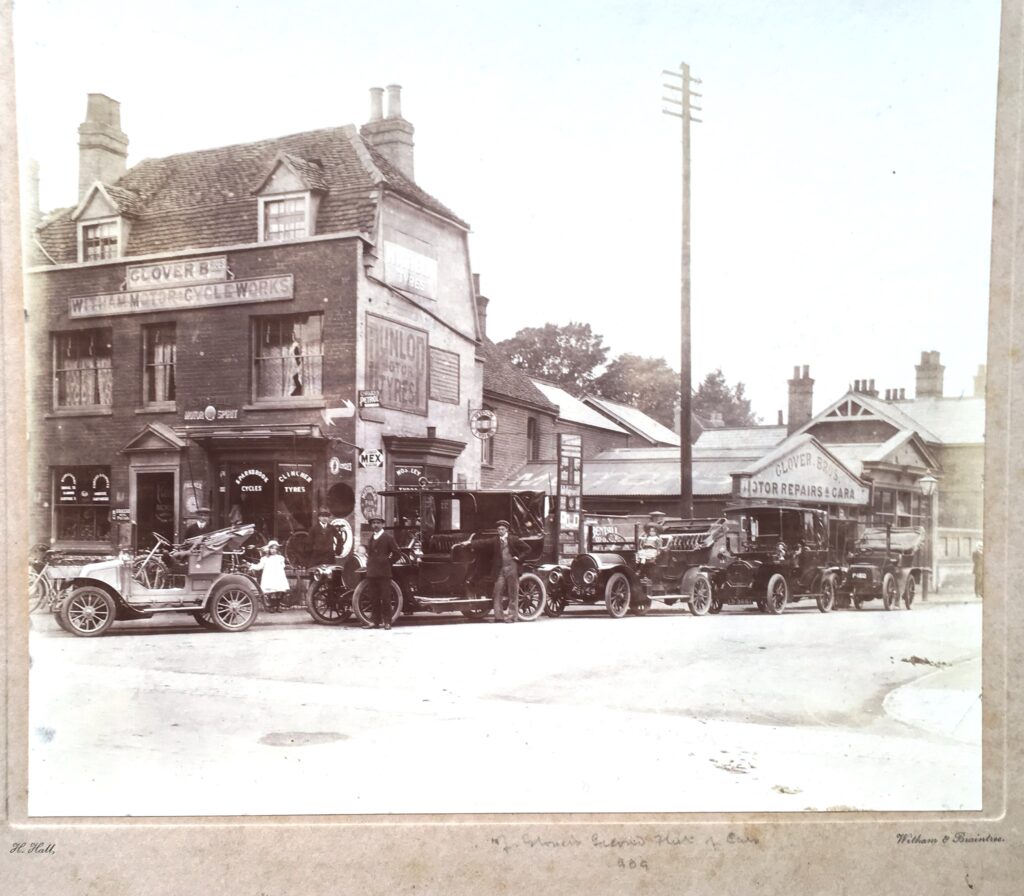 Glover’s Motors, 38 Newland Street and 1 Collingwood Road. The sign at the top of building reads “GLOVER BROS. WITHAM MOTOR & CYCLE WORKS”. The low building on the right, facing Collingwood Road, has “MOTORS” writ large on the roof, and “GLOVER BROS. MOTOR REPAIRS AND GARAGE” on the front. Outside there are a number of cars in a line, of which the caption said were “J Glover’s Second fleet, of Cars, 1909”.  A girl dressed in white is standing behind the first car; probably Ivy, the eldest of Joe Glover’s three daughters. A baby is sitting in the second car, probably Joan, the youngest daughter. A girl (smaller than the white girl) is sitting in the third car, probably Mona, the middle daughter. Three or four men spread about. Joe Glover is on the camera’s side of the front wheel of the second car.  Very similar to M3080, the First fleet. But this one, M3086, has extra adverts such as “Dunlop Motor Tyres” painted on the main wall etc, which is blank on M3080, so M3086 must be later