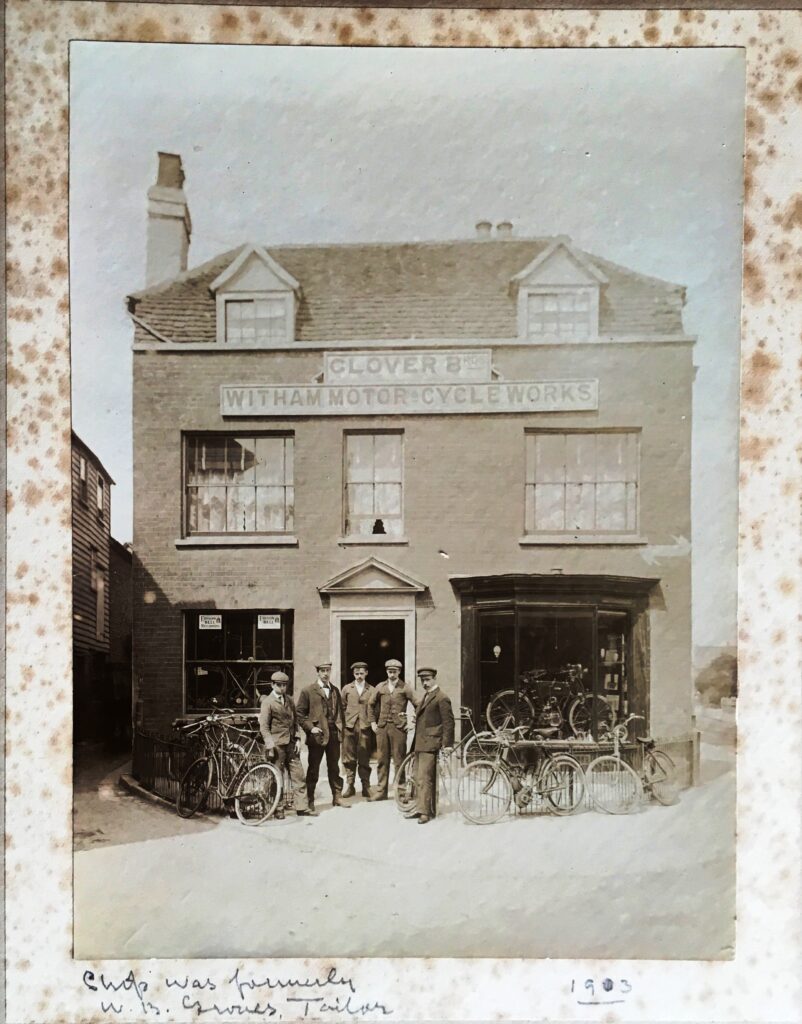 Glover’s Motors, 38 Newland Street, with five men and bicycles. Joe Glover is the man on the right. No cars, so perhaps this could be said to be early.. The sign at the top of the building reads “GLOVER BROS. WITHAM MOTOR & CYCLE WORKS”. These signs vary from one photo to the next and might sometimes help with dating.   This has a handwritten caption reading “This was formerly W B Groves, tailor.” “1903”. There were very many Groves who were tailors; W B would be William Benjamin who was in the directories in Newland Street until 1895.