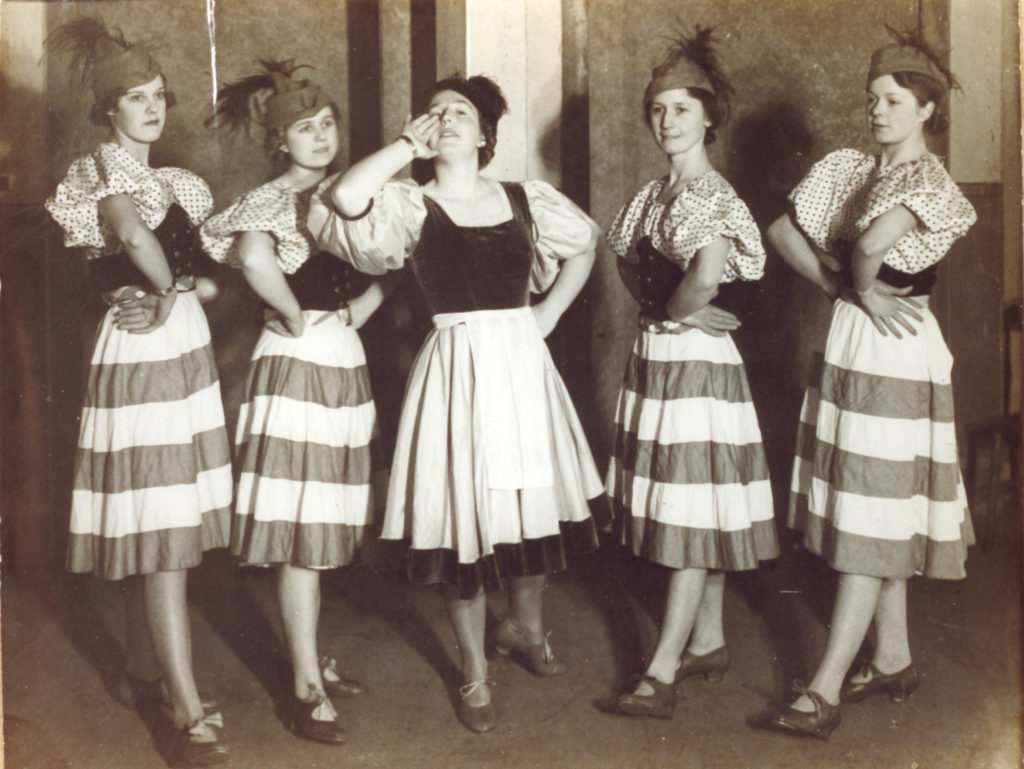 ‘Goodnight Vienna’ by Witham Musical and Amateur Operatic Society in 1939. This followed the annexation of Austria and Vienna by Germany and was the society’s last show before the Second World War.

Note that in ‘Images of Witham’ these are the wrong way round, and Gwen’s names are reversed; this error came from the caption on the back of the original.