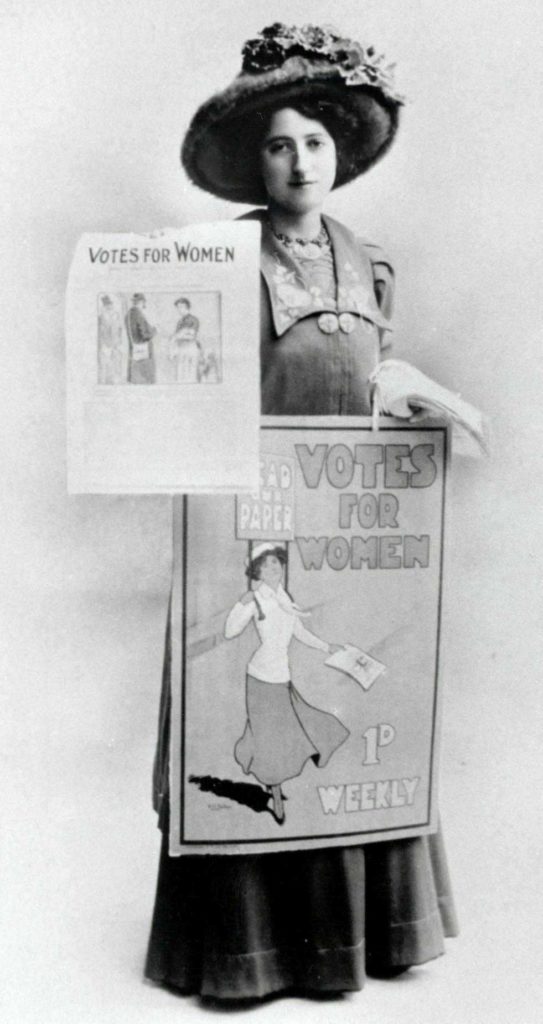 Grace Chappelow, suffragette from Hatfield Peverel.   Information from Dot Bedenham at Chelmsford museum:  ”She was born on 3rd February 1884 and died on 3rd February 1971 in Stock. The 1901 census says she was born in London and at that time was a scholar living in London. Another source tells us that she attended the North London Collegiate School for Girls.   She had singing lessons from George Bernard Shaw’s mother who was the school’s choir mistress. I’m not sure between when she lived at Hatfield Peverel but the same source has her delivering eggs to Mrs Shaw from her home at Hatfield Peverel where she lived with her mother and brother. Our catalogue says that she also later lived at Ramsden Heath.  Our donor (the lady with whom she lived in Stock) said that Grace was a friend of the Pankhursts and also of the ‘Roe girls’ of Ingatestone. ( Chronicle article about suffragettes mentions Miss Rock of Ingatestone). Our donor said that Grace broke the Prime Minister’s windows, was imprisoned several times, starved herself but was not forcibly fed. We have an interesting collection of hers – a certificate signed by Emmeline Pankhurst, a prison knife and cup (with Freedom for Women, Down with Asquith Nov 1908 Give Women Votes Be Free scratched onto the knife), miniature hammer and 2 suffragette badges.  I contacted the Womens Library a while back but they had no information on file. They suggested looking at the periodical ‘Votes for Women’ as she may have written an article but I haven’t got round to it yet.’