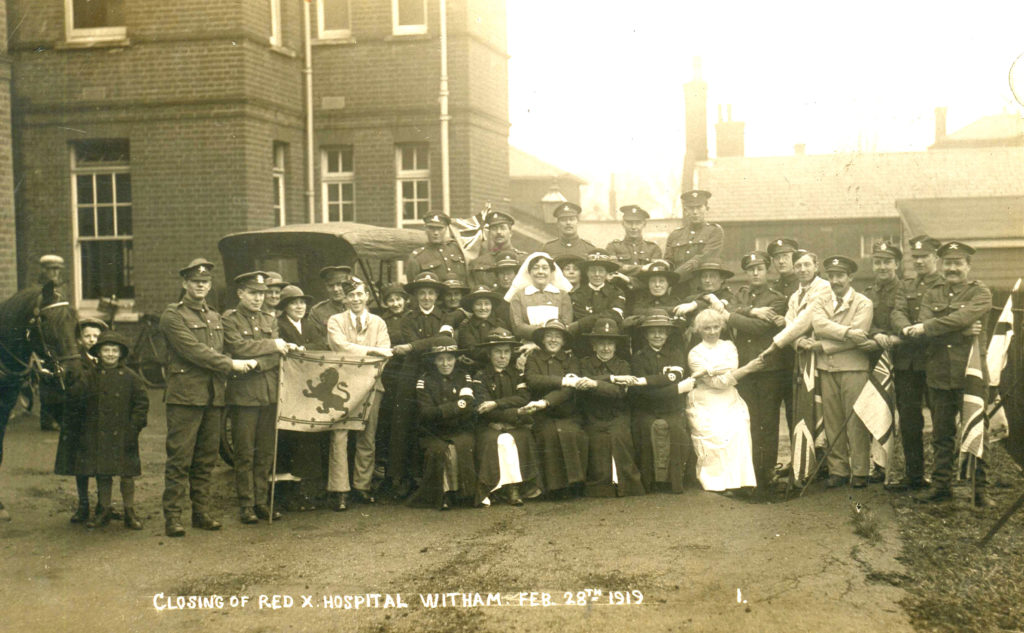 Group at the closing of Red Cross Hospital in 1919

First World War. “Closing of Red X. Hospital Witham Feb.28th 1919”. See report from Essex Weekly News, 7 March 1919. The hospital was in the Hospital wing (since demolished) at the west end of what is now the Bridge (see for instance photo M612). Written in pencil on back is ‘Taken just before leaving’. Probably written by the lady in white, Mrs Caroline Chaplin who helped at the hospital. She had three sons killed in the First World War, She had twelve children including three sons who were killed in the First World War, Cyril, Harry and Louis (see photos M111 and M112). They lived in Maltings Lane, and her husband, Harry the elder, worked for the Luard family at Witham Lodge. Caroline died in 1920 at the age of 60 (see also photo M109). Mrs Farren, who gave me the photo, is Caroline’s granddaughter.