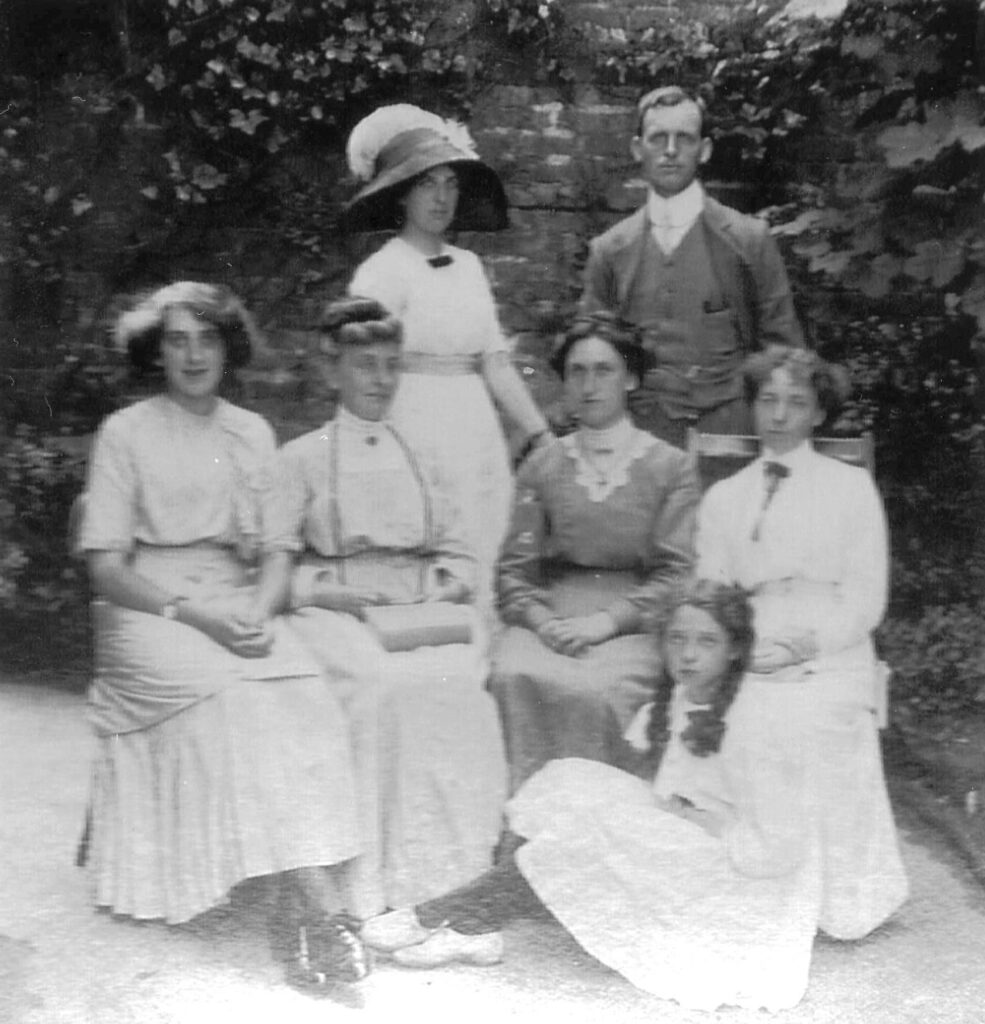 Probably Harry Hall the photographer (top right), with his wife beside him. Kneeling on the ground at the front is probably Marjorie Hall, Harry’s daughter (born in Witham in 1898).  This may have been taken soon before the Halls left for Keighley in 1909. It might have been taken by Gilbert, Harry’s son, who was then probably a young teenager and is not on the photo himself.