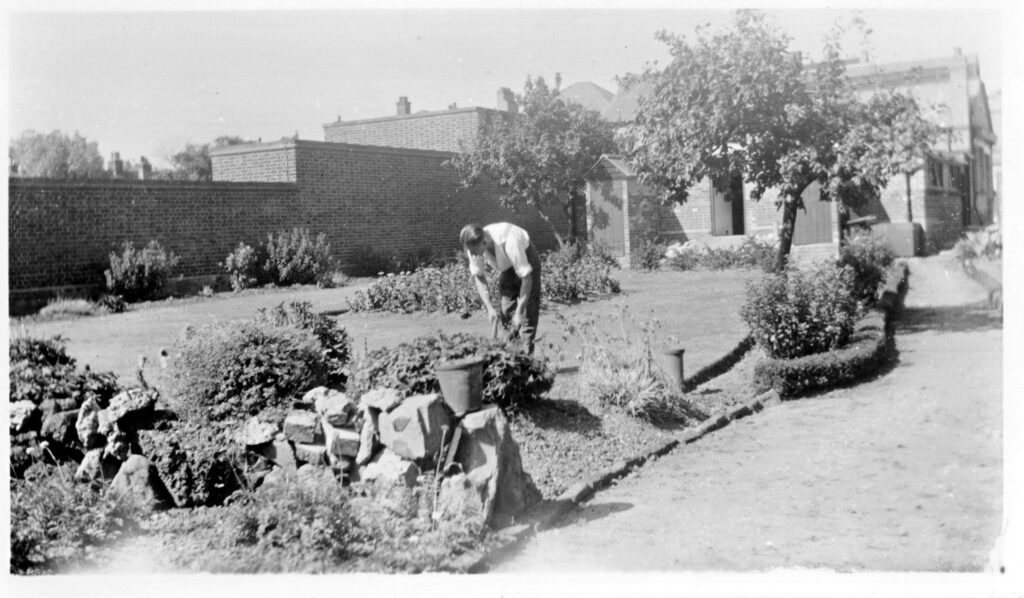 Harold Cook in the garden behind his house and butcher’s shop (part of 5 Newland Street).  Roy Poulter worked there as a young man, from 1939-1941, for 10 shillings a week. He remembered there were pigs’ carcases in the cellar at High House (part of 5 Newland Street, now Lian, a Chinese Restaurant).   On the left is the ‘factory’ behind the shop. The building on the right with the door open contained pig pens. One of the pens was set aside as a mortuary during the Second World War – Mr Burmby was taken there after being killed by an unexploded bomb in Cressing Road.