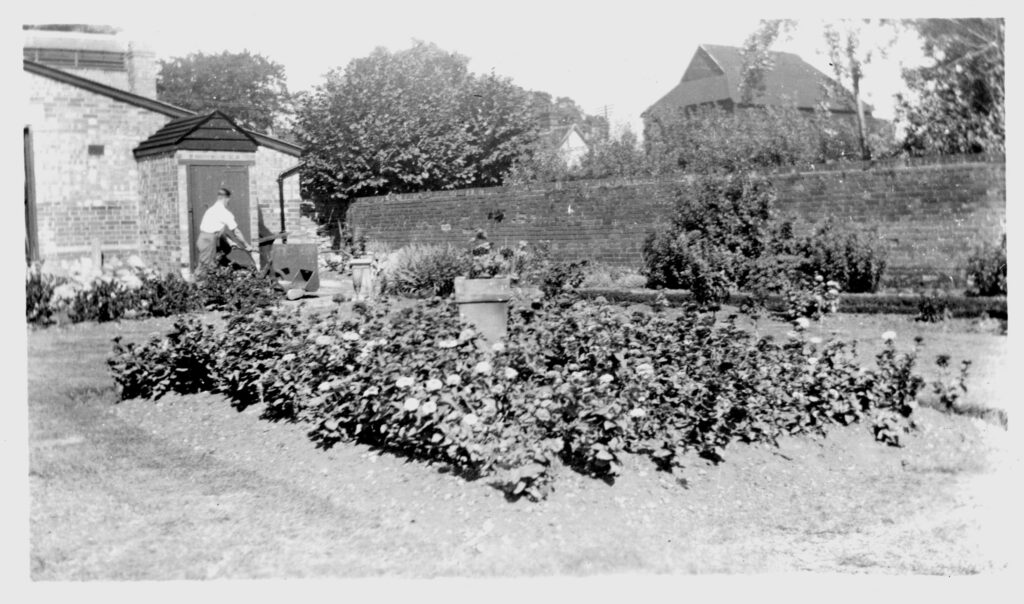 Harold Cook in the garden behind his house and butcher’s shop (part of 5 Newland Street).  Roy Poulter worked there as a young man, from 1939-1941, for 10 shillings a week. He remembered there were pigs’ carcases in the cellar at High House (part of 5 Newland Street, now Lian, a Chinese restaurant).   Behind Harold is part of the building with pig pens. One was set aside as a mortuary during the Second World War – Mr Burmby was taken there after being killed by an unexploded bomb in Cressing Road. On the right is the wall of Freebournes farm (3 Newland Street) with a barn behind it.