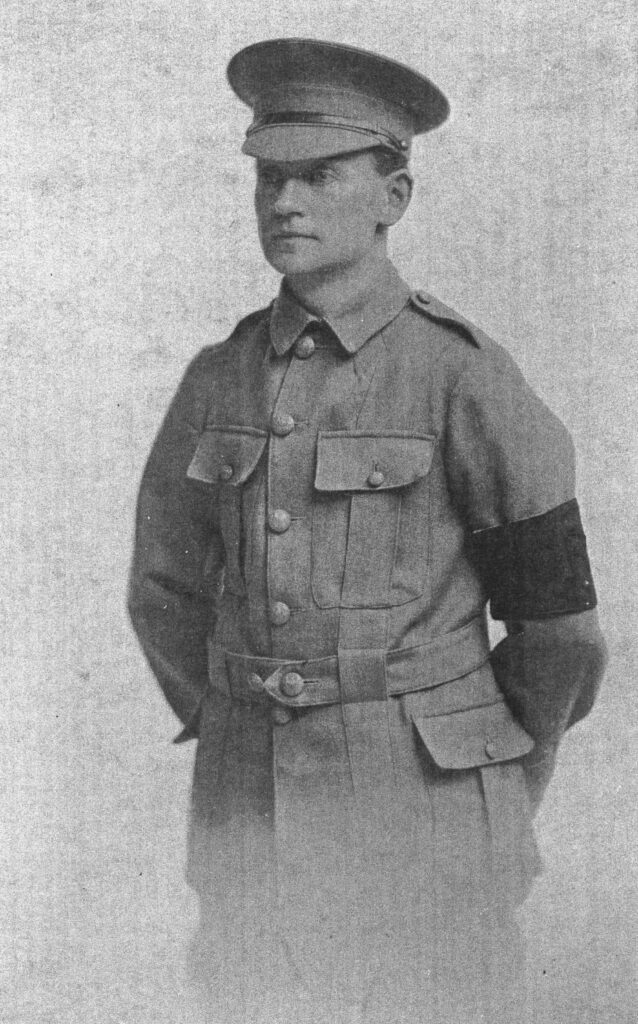 Harry Hall, photographer. His granddaughter, Margaret Palmer, said that this was the only photo she’d ever seen of him. And she didn’t know why he was in army uniform.
He was born in Sydenham in about 1864, and came to Witham from Colchester between 1894 and 1898, having been associated there with William Gill, a nationally-known progressive photographer.   Harry set up ‘The Studio’ in Witham at 34 Newland Street (which was used by other photographers after him). Many of the Witham photos from that time have Harry’s neat imprint on them. He left for Keighley in West Yorkshire in about 1909. There he was in partnership first with a Mr Siggers, and then with his son Gilbert Hall.