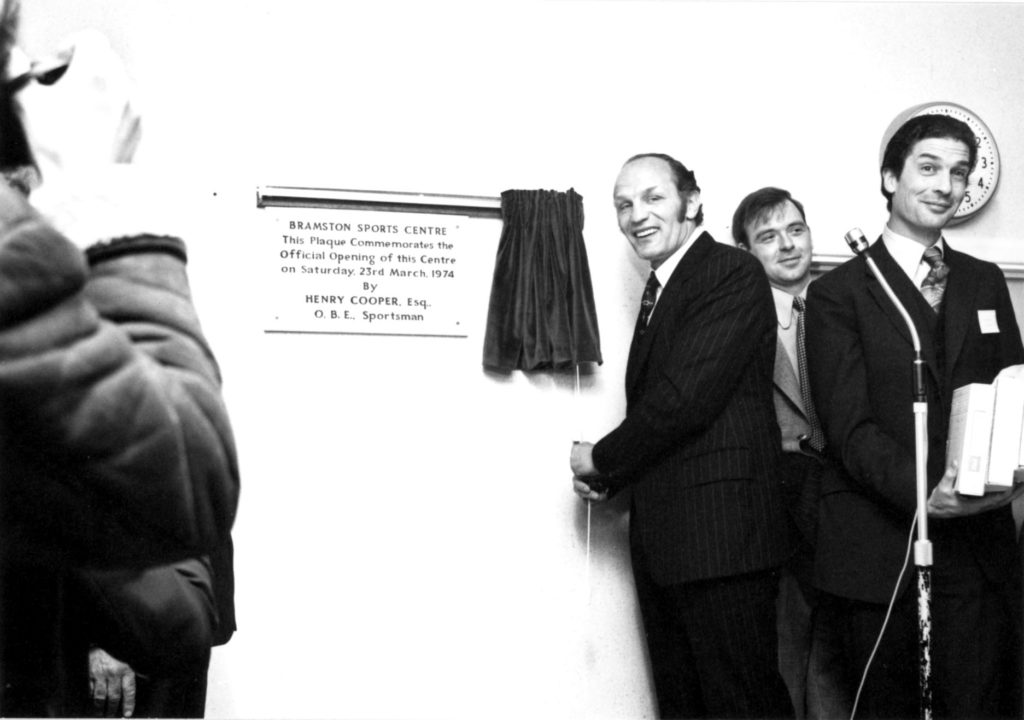 At opening of Bramston Sports Centre, Bridge Street. Left to right, Henry Cooper (champion boxer, who performed the opening ceremony), Keith Ivory (centre manager), Bill Dixon Smith (Essex County Council). The plaque reads ‘BRAMSTON SPORTS CENTRE / This Plaque Commemorated the / Official Opening of this Centre / on Saturday 23rd March 1974 / By / HENRY COOPER Esq. / O.B.E. Sportsman’. Pauline Edmunds worked at the Centre then, and later became its manager; in 1999 she recalled that ‘Henry Cooper was a delightful V.I.P only charging us one case of red and one case of red wine ! He spent quite a few hours with us that day and of course our bar here at the Centre is called ‘Coopers’ bar in his honour. See also photo M405.