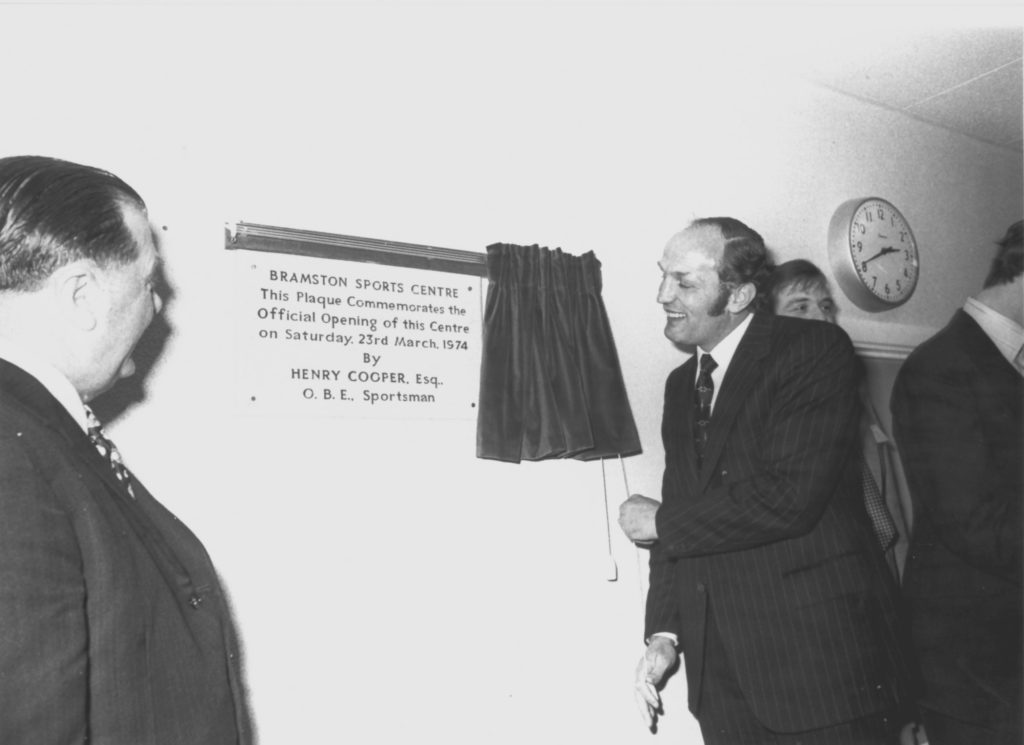 Henry Cooper, champion boxer, unveils a plaque to open Bramston Sports Centre, Bridge Street. The plaque reads ‘BRAMSTON SPORTS CENTRE / This Plaque Commemorated the / Official Opening of this Centre / on Saturday 23rd March 1974 / By / HENRY COOPER Esq. / O.B.E. Sportsman’. Pauline Edmunds worked at the Centre then, and later became its manager; in 1999 she recalled that ‘Henry Cooper was a delightful V.I.P only charging us one case of red and one case of red wine ! He spent quite a few hours with us that day and of course our bar here at the Centre is called ‘Coopers’ bar in his honour. See also photos M1225-M1231.