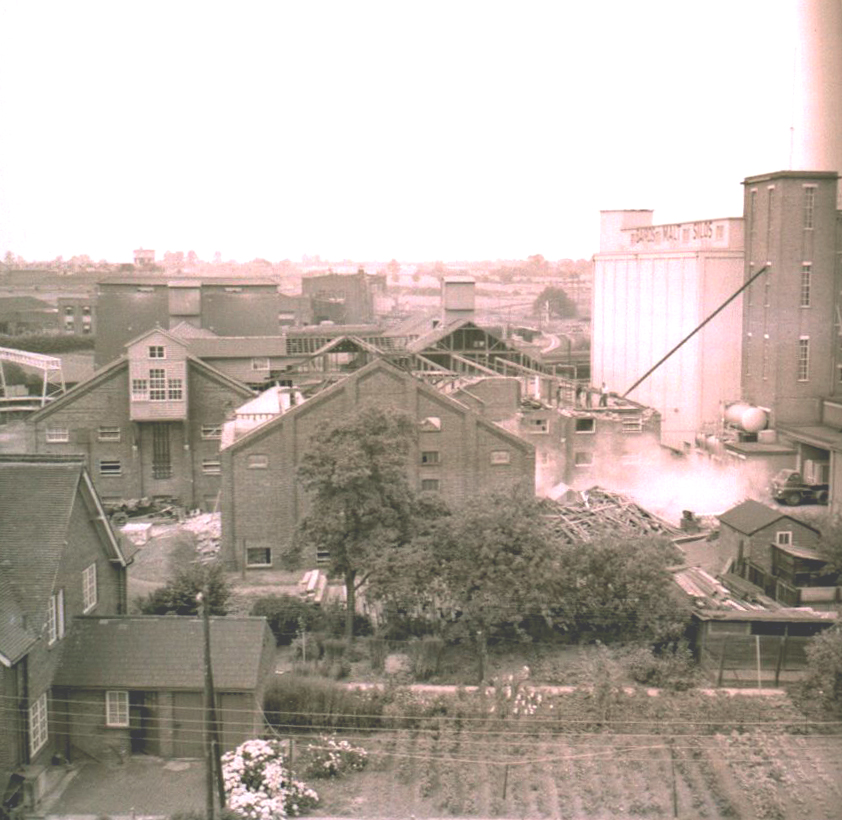 Hugh Baird’s, old malting buildings in Station Road from south, one being demolished. Similar view to M880 but taken from higher up. Newer malting on right. Part of pair of houses bottom left. In background just left of centre is south-east corner of Crittall’s factory in Braintree Road. Taken looking north from Cooper Taber prizewinning glass buildings built in 1956, possibly from square building as higher than M880. Cooper Taber was a seed company in Station Road. See also M880-M881, M883-M886 and M946. The copy in the album was made from a copy neg taken from a print. The scanned version on the computer was made from the original negative; this latter may be the clearer version but has not been printed out.