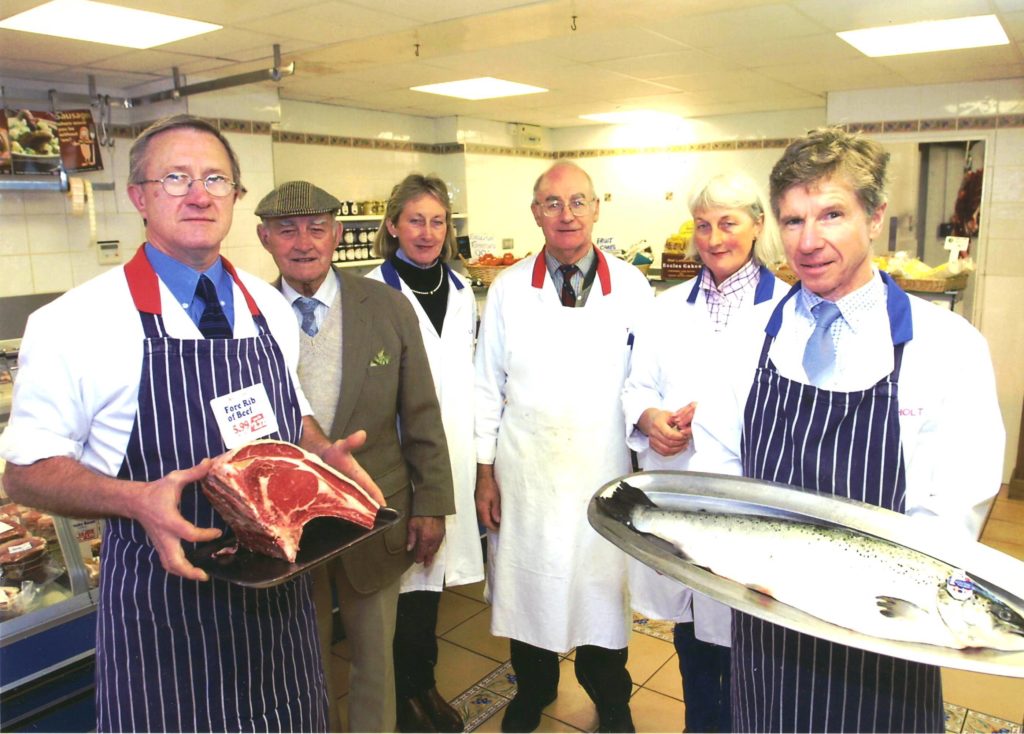 Holt’s butchers and fishmongers shop, 88 Newland Street, and staff, inside. Left to right, Tony Hogwood, Richard Carlill, Len Holt (founder), Deborah Holt-Atkinson, Anthony Holt, Judy Byford. The last three are Len Holt’s children. Taken on the occasion of the 50th year of the business. The newspaper report (BWT 20 Nov and EG 18 Nov) said ‘The business was established in the current property, 88 Newland Street, on November 23 1953, after he transferred from premises farther down the town. As the doors were opened to customers, rationing was finally coming to an end. Mr Holt ran the business with his wife and lived in rooms above the shop. They took on extra staff to keep up with demand. The business expanded ten years later when a nearby fishmonger decided to quit his business and persuaded Mr Holt to take it over with him in charge of the fishmonger section. Mr Holt said “It turned out to be a very successful side of the business. It was still in the days when there was a lot of fish eating going on. In 2000 Mr Holt retired, but the family link continued when his son, Tony, and daughters Judy and Deborah, took the business on with help from three staff members. They spent £60,000 on overhauling the shop, including refitting the kitchen. And Mr Holt said they were looking forward to the usual Christmas rush. He said: “Come Christmas time there are queues 50 yards up and down the street. People come from far and wide for our sausages alone’.