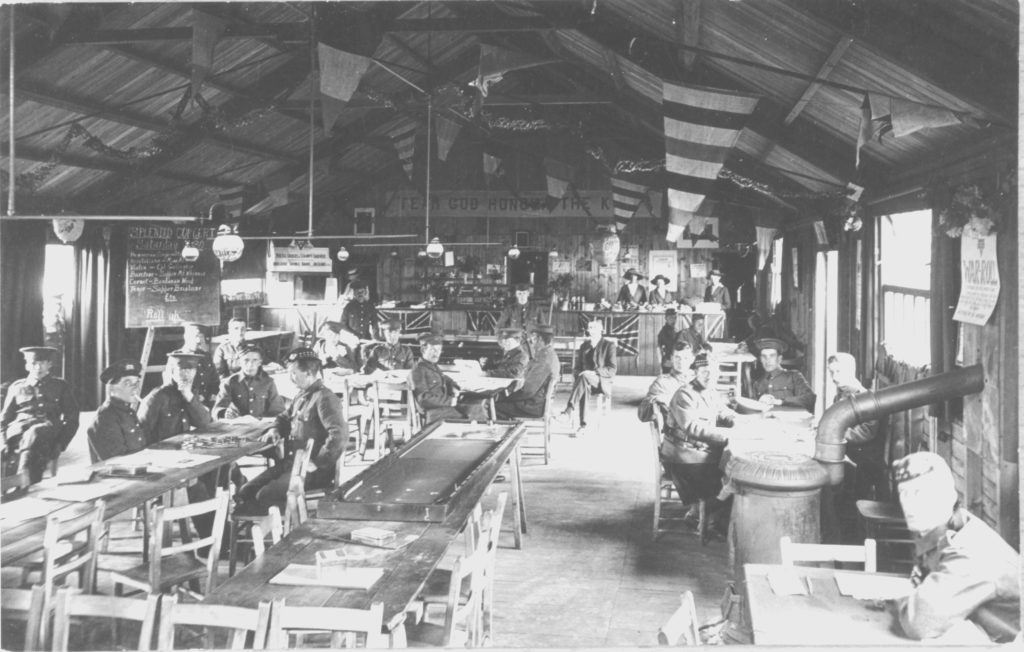 Shows soldiers inside the hut, at tables. They are from the 2/9th and other Battalions of the Royal Scots. Also, second left, a soldier from the West Yorkshire Regiment, perhaps a visiting local man or a hospital convalescent about to return to his unit. Information from Ian Hook, Essex Regiment Museum.

At the back is a counter with ladies standing behind it; they were organised by Miss Edith Luard, according to the reports of the opening in 1915 (see photo M819). The blackboard advertises a ‘Splendid Concert’, with recitations, singing, and violin and cornet solos. The banner at the back reads ‘Fear God, Honour the King’. Inscription on back of original reads ‘Witham Hut May 1916’. See also photos M818, M819, M820.