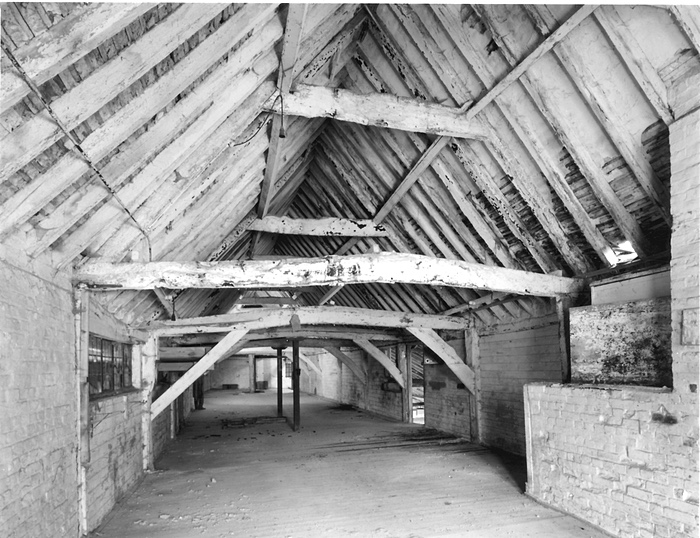 The interior of the maltings building in Maltings Lane. Taken during a special survey by the Royal Commission on Historic Monuments before it were turned into flats.

There is a typed discussion about the building and its construction which I think is probably now held by Historic England in Swindon. In it there is an estimate that the building originated in the 16th century. The surveyor also felt that it had always been used as a maltings.

My own research indicated that it had been a tannery called Gibbs in the late 16th century, which had then become a maltings by the early 18th century (see “Making a Living”, pp.120-121, 282). I don’t know how similar the structure of early tanneries and maltings were to each other.