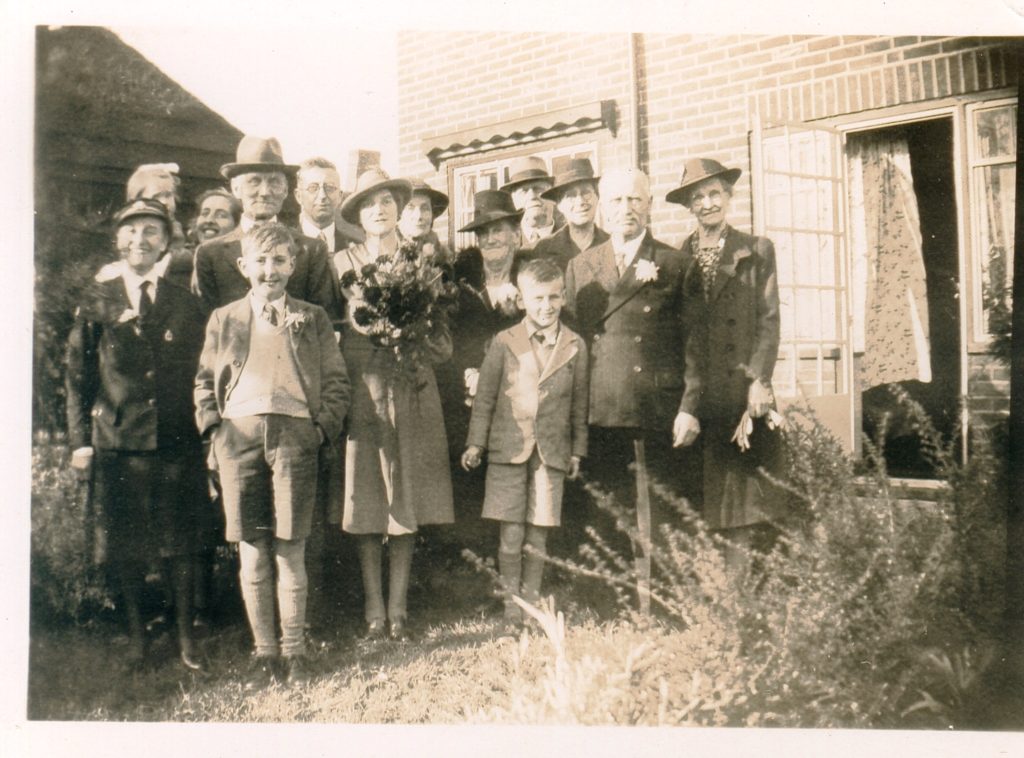 Larger group after marriage of Cissie West. Two boys in front are Peter West on left and Richard West on right (sons of Percy (Joe)). Others, left to right, are May West (in uniform, in front, sister of Cissie), Christine Mary (child being held, daughter of Percy (Joe)), Marjorie West (wife of Percy (Joe)), Bert Bridge (the groom, in hat), Percy Harold West (‘Joe’ West, brother of May and Cissie), Cissie West (Ethel, the bride), Mrs Evers (behind, mother of Ben), Mary West (mother of May, Cissie and Percy, in dark hat), ???, ???, Alfred Charles West (father of May, Cissie and Percy, with buttonhole), ???. In back garden of Sturmer, 11 Bridge Street, home of Alfred and Mary (so called because it took so long to ‘stir ma’, i.e. Mary, to be persuaded to move there from across the road at 6 Bridge Street).