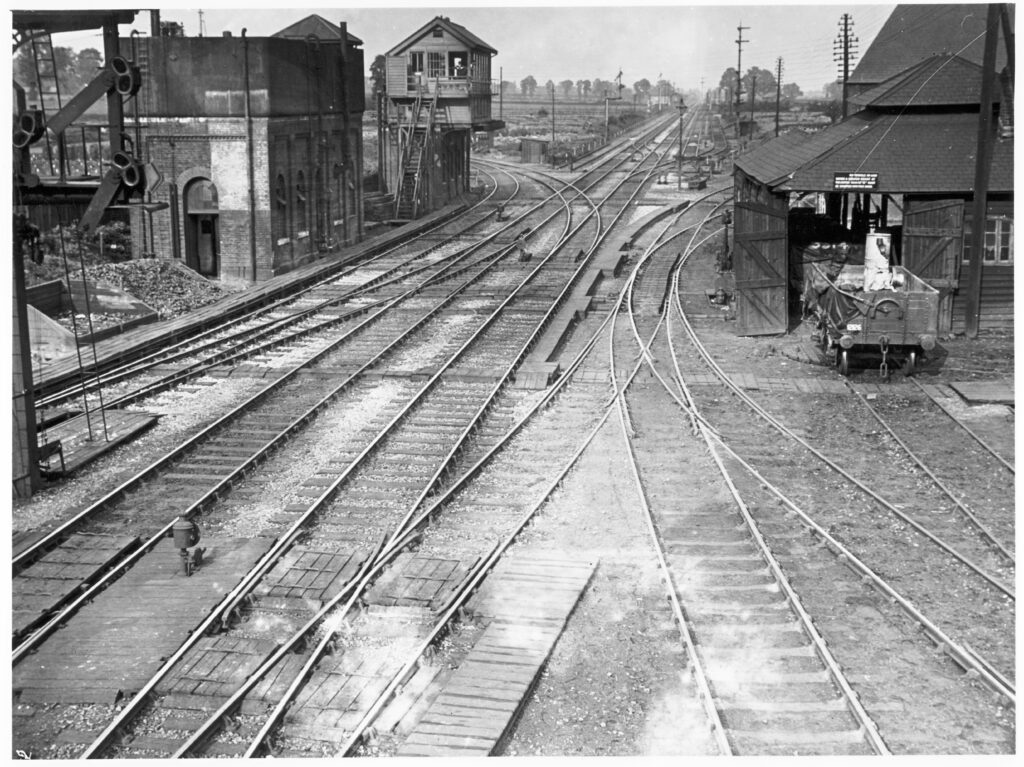 Looking east from the station, with water tower and Junction signal box on left. The signal box was unusual in that it overhung the line.  To the left of the water tower is clinker from the locos. In the far distance is Witham East signal box, which controlled the loop to the old Maldon line.   On the right is part of the old wooden goods shed, which was nearly circular. Probably built not long after the original station (which was in1843). Freight would go there to be unloaded. Information from John Newman. See also M580 and M581, M2776-M2781, and M2783-M2788.