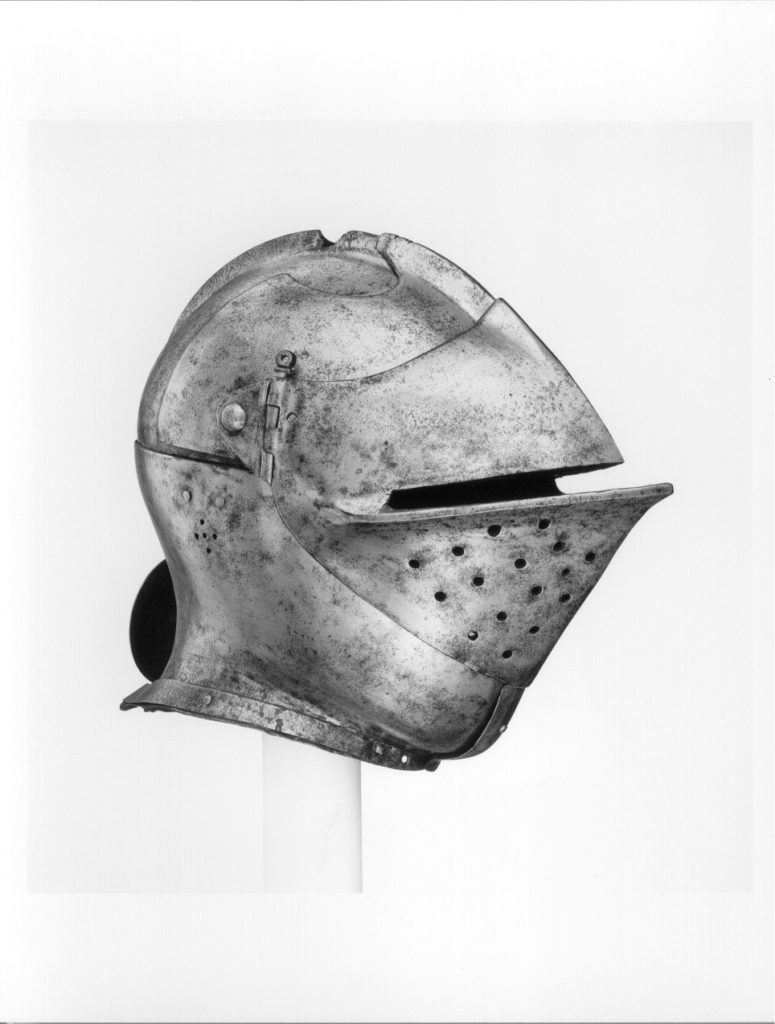 In 1914 there were four armets in the parish church. Armets were helmets made for memorial and funerary purposes. Photo M1496 shows all four helmets in 1914. In that year, the surveyor from the Royal Commission on Historic Monuments described this one, number 1, as “Armet, c.1480 to 1490. Appears from the Photograph to be in perfect condition and complete”. “This Armet may be considered a very fine piece”. It was thus of a much higher quality than the other three. Later estimates of its date of origin give it as made in Flanders c.1510.

In the 1960s all four armets were displayed in Colchester and stolen. The other three were recovered but this one was still missing. It was later said that it had been bought in the Bermondsey Street Market for £65 and then sold to a dealer for £300. It was retrieved after it was taken to the Tower Armouries in London for repair in 1970, and recognised. The Tower eventually paid a dealer £20,000 for it, after prolonged negotiations. Witham received £200 compensation. It is now in the War Gallery in Leeds.

An article in “the Armourer” in 1991 said that “its bold lines and careful contouring to the wearer’s head, make it one of the most handsome examples of its type remaining in this country”

Some of this information is also from my correspondence with the Royal Armouries. More is given on the Royal Armories website :
https://collections.royalarmouries.org/object/rac-object-32081.html