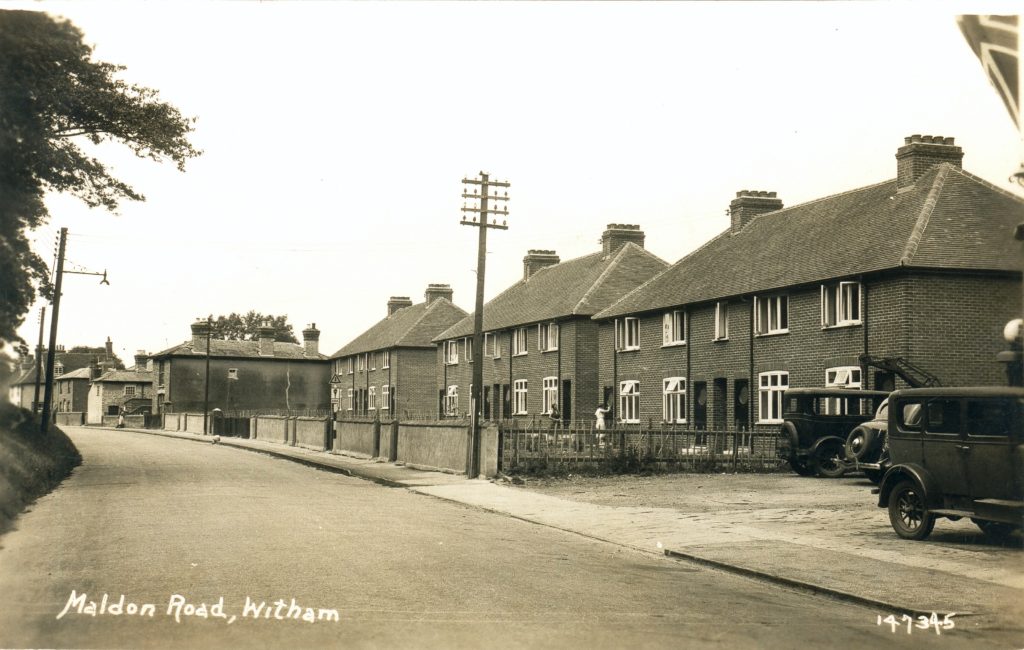 Maldon Road, east side, south end, from south. On left, trees and bank alongside Maldon Road Recreation Ground (the Park) and cricket ground. Buildings, left to right, probably the building formerly the Bell (white, behind poles, window in roof), 41 Maldon Road (school house, right of poles, two windows up and down and door in middle), low wall in front of Maldon Road school (school itself hidden), end house of Trafalgar Square (probably 43 Maldon Road, with shed in front of it), Nelson House (75 Maldon Road, long blank wall with one small window and a crack), three sets of named houses. Two cars on right and part of a petrol pump. The named houses were built in 1937. Nelson House was probably demolished sometime between 1939 and 1946. Much of the rest of Trafalgar Square was already demolished by this time.