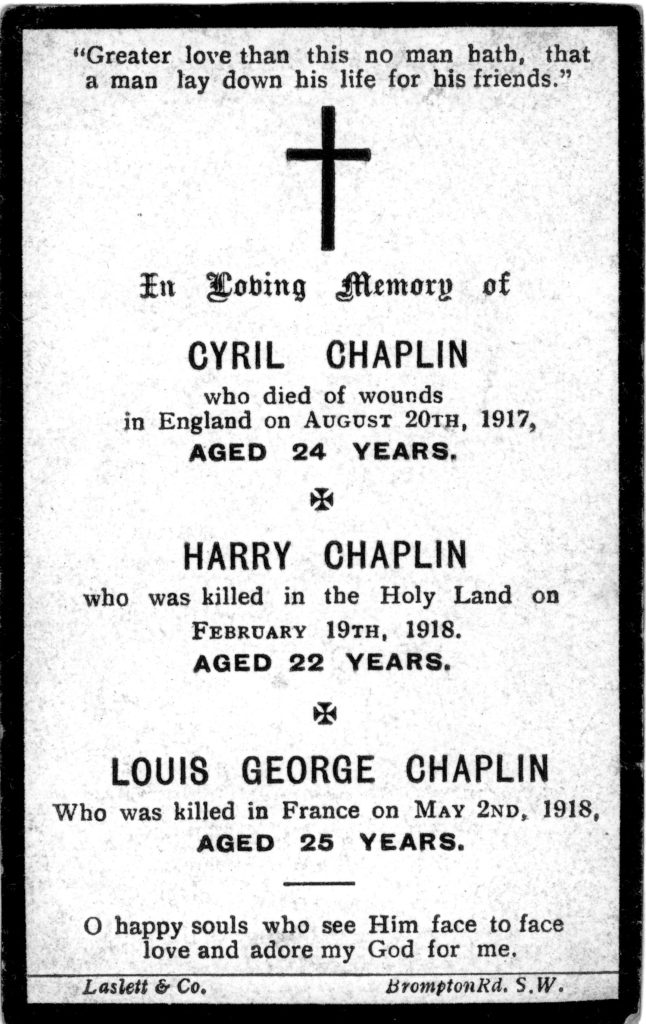 Memorial card for Cyril, Harry and Louis George Chaplin, First World War soldiers. Reads ‘ “Greater love than this no man hath, that a man lay down his life for his friends” In Loving Memory of Cyril Chaplin who died of wounds in England on August 20th, 1917, aged 24 years. Harry Chaplin who was killed in the Holy Land on February 19th 1918, aged 22 years. Louis George Chaplin who was killed in France on May 2nd 1918, aged 25 years. Their mother was Caroline Chaplin, who during the First World War was the charwoman at Witham’s Red Cross Hospital. Their father was Harry senior, who worked for the Luard family. They lived in Maltings Lane.

The inscription on the front reads “O happy souls who see Him face to face love and adore my God for me”. The publisher or printer is Laslett & Co, Brompton Rd. SW.

On the back of the card is a drawing of Jesus, and the inscription “Jesus has picked this lily in its freshness, to decorate the heavenly home”. It was drawn by E Azambre and printed in France by Maison Bouasse-Lebe.