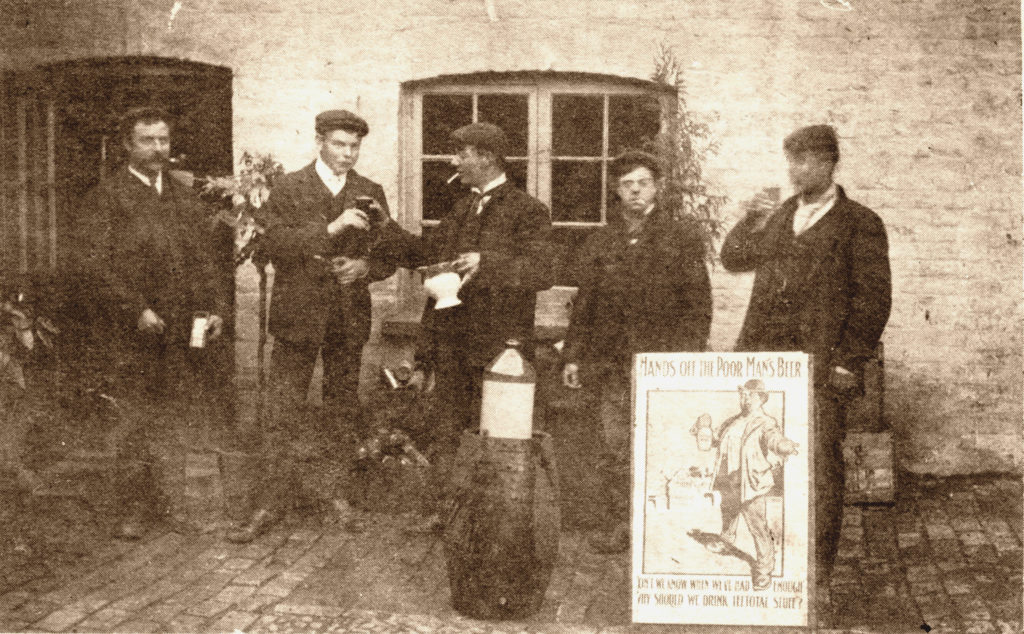 Demonstration about beer outside the Red Lion (7 Newland Street). Placard reads ‘HANDS OFF THE POOR MAN’S BEER / DON’T WE KNOW WHEN WE’VE HAD ENOUGH / WHY SHOULD WE DRINK TEETOTAL STUFF?’. This probably refers to the increased tax on brewers, imposed in the 1910 budget. Said to include Bill Albone, two Motts and Walter Pavelin. The latter is probably in the doorway on the left (compare photos M294, M296 and M1307, though he seems to have put on weight by 1910!).