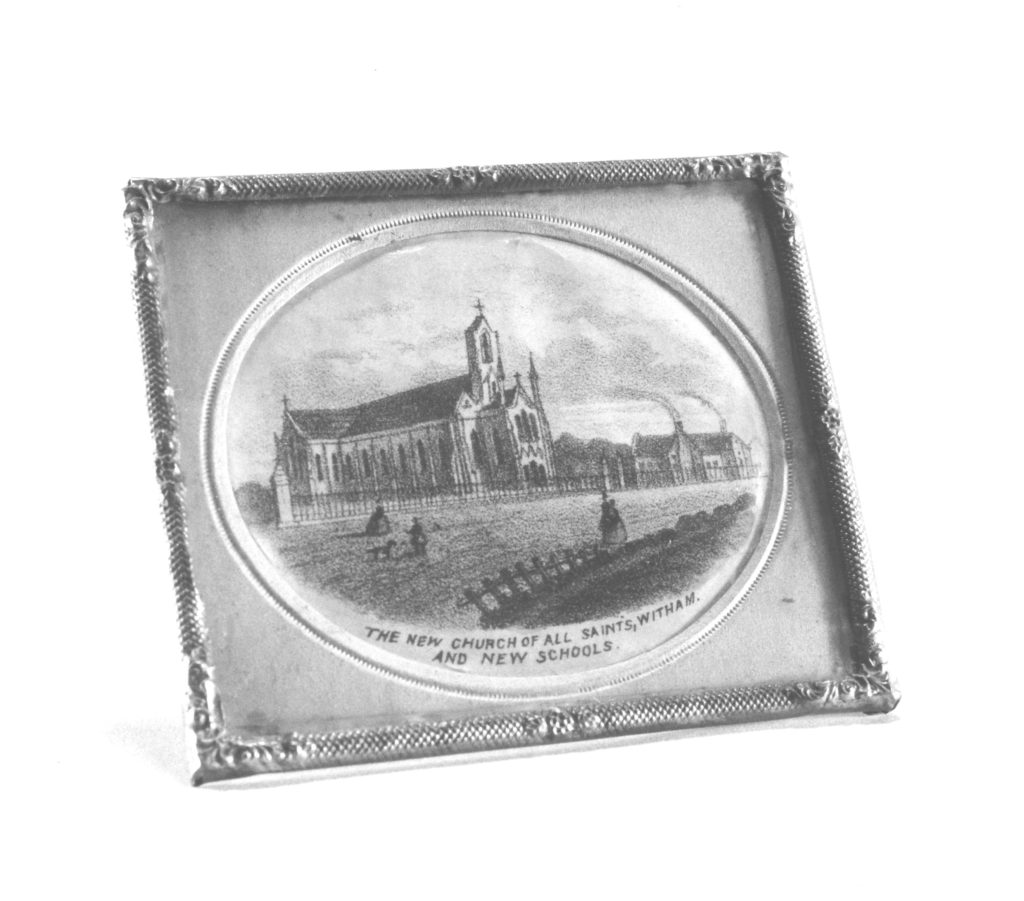 Metal miniature of Guithavon Street, showing All Saints church and the National Schools when they were ‘new’. This was given to me by Maurice Smith in August 1986. He was an assiduous historian of Witham who left in 1986 to go to Bournemouth and has since died. I thought he told me that he had given its ‘twin’, showing parish church, to Howbridge School (where he was head and to which he also gave a large number of Witham photographs which I hope are still there, though as they are often lent out, I wonder !). But in fact I saw it recently at a display in parish church and I believe it is kept there. Someone had given the pair of miniatures to Maurice previously, but he didn’t say who. Guithavon Street was laid out in 1841 on land of the Pattisson family (and when going along it towards Newland Street one has an imposing view of their house, Witham House (57 Newland Street, HSBC bank). The schools and church opened 1842. The school closed c.1967 and were demolished. The church closed in 1969 and was converted into the Catholic Holy Family and All Saints in 1989. The miniature is now in Braintree District museum.