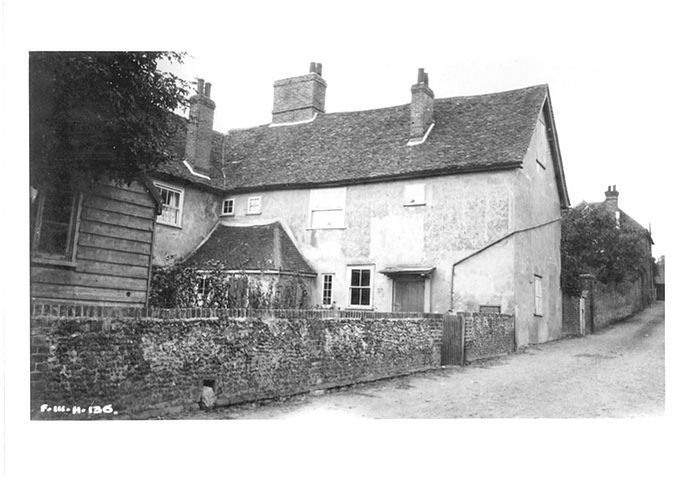 Moat farmhouse was in Moat Farm Chase in Chipping Hill.

This original farm building was on the left hand side of the track going up the hill, with outbuildings on the right.

Some time after the 1914 survey, the farmhouse was divided into three houses. It was probably demolished in the 1950s.

One of the newer houses nearby has taken the name Moat Farm.

The original RCHM Record Card for this building from 1914, contains rather more about its structure and history. It was Witham Monument 17. I think the cards may now be held by Historic England in Swindon.