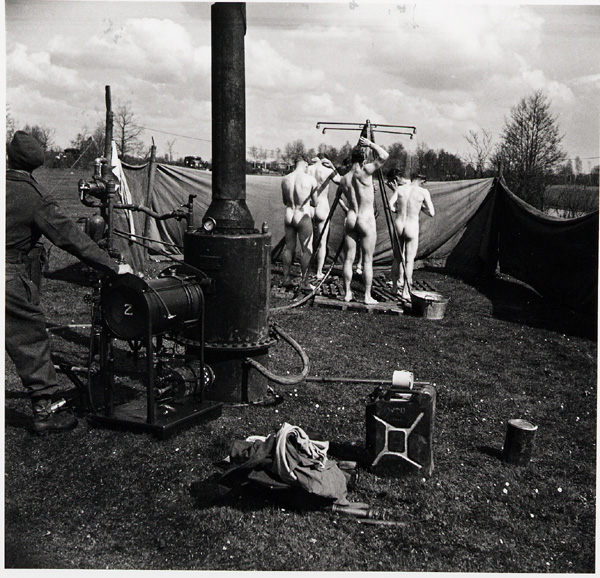 Mobile Bath, Royal Canadian Ordnance Corps, at Wouenhaus in WW2. I got this because the 2nd Mobile Bath Unit of the British Army was stationed in Witham at least 1941-42, and it is hard to find pictures of what they did. The background given on the web site for this picture is ‘Perhaps the most important such service was rendered by RCOC Mobile Laundry and Bath Units in Italy and Northwest Europe, which offered front line soldiers a hot bath or shower and clean socks, shirts, underwear, and uniforms. Sometimes they could even sleep the night in tents. The importance of something so completely taken for granted today cannot be underestimated in a context where men could go for days on end without even taking their boots off’. The caption for the picture was: ‘Wouenhaus, 8 April 1945. Alongside division axis of advance just behind the fluid armoured front, mobile bath is set up. A small stream nearby and enough gasoline to run water heater and many have the chance of the first bath since the beginning of the push across the Rhine’.