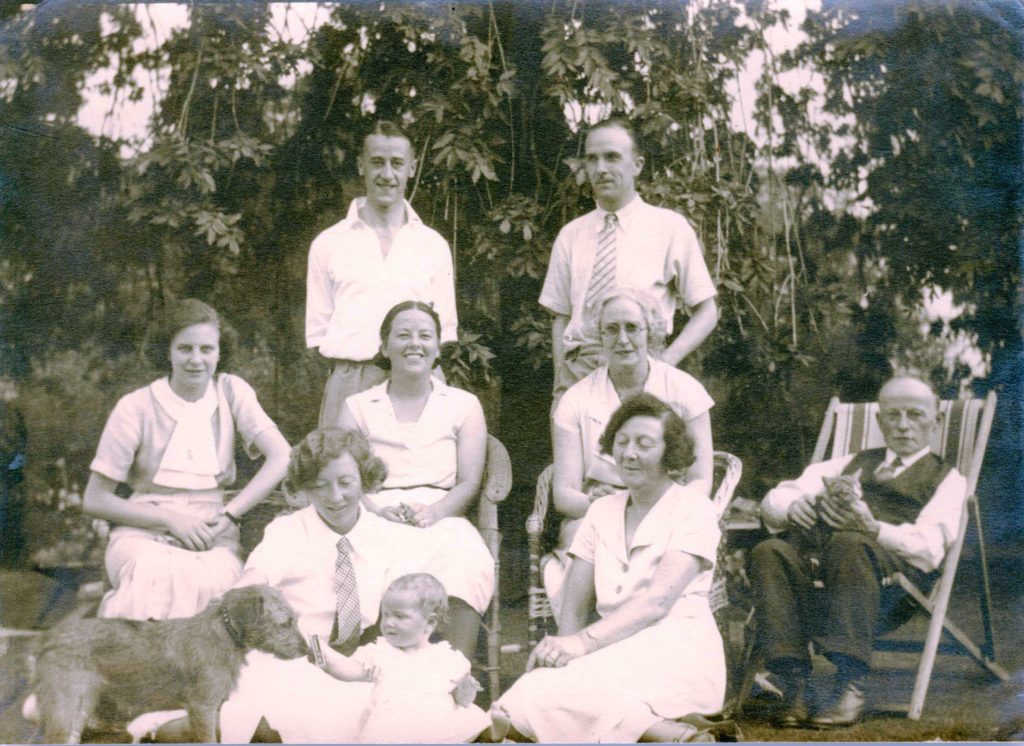 The Mondy family in their garden which was partly behind their house at 63 Newland Street, and also had a ‘bottom garden’ further back through an arch (now the site of two bungalows accessed from Maldon Road, i.e. Gueth Cottage and Ridgeway). There was a green door into the bottom garden from the back access road to the pread Eagle; the door is still there. Standing at the back, left to right, Reg Lloyd (Irene’s husband), Robert Lumsden (Nora’s husband). Sitting on chairs, left to right, ???, Nora Lumsden (b c 1906, nee Mondy, daughter of Albert and Beatrice, m. Robert 1936), Mary Cottel (husband was chief architect in Bath and took the photo), Albert Mondy. Sitting ground, left to right, Irene Lloyd (b 1901, nee Mondy, daughter of Albert and Beatrice), with her baby daughter Nyria (later Mrs Atkinson), Beatrice Mondy (Albert’s wife).