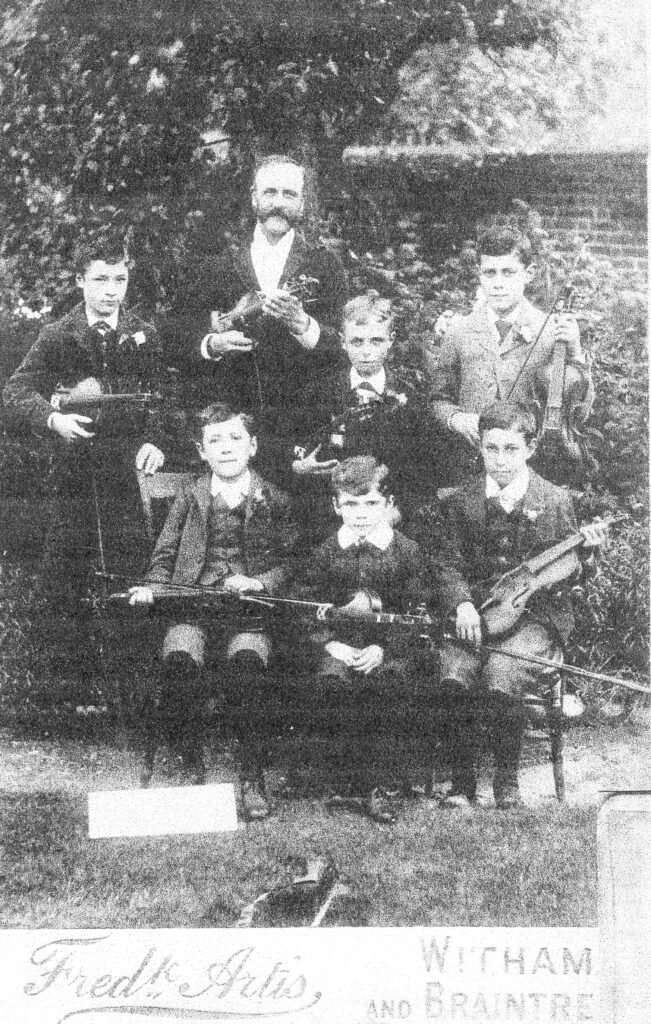 Mr Frederick Mann at his school, and six boys with violins. They include John Edward Olley (Jack, born 1886) in the middle of the front row, and his brother William Frederick Olley (born 1881) on the right end of the front row.   The school was a boys’ boarding school at what is now 124 Newland Street. It was founded by William Mann in about 1840. He died in about 1880 and his son Frederick, the master seen in the photo, took over.  See also photos M3054 and M3111