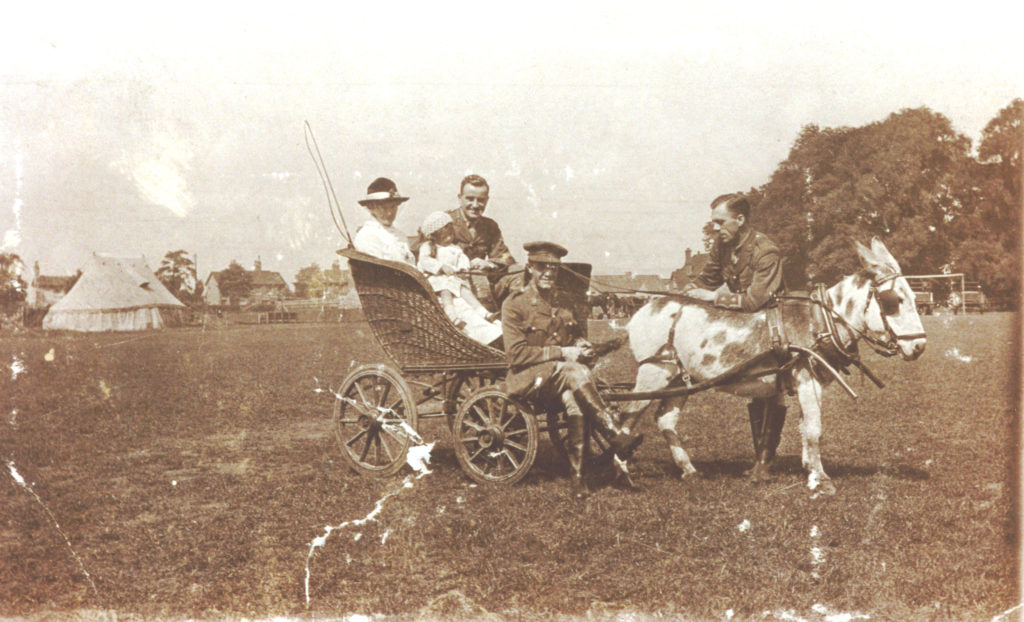 On a donkey cart in fields next to The Avenue. Soldiers are officers of the Royal Army Medical Corps (information from Ian Hook, Essex Regiment Museum). Mrs Millie Mens, her daughter Margaret Mens, and Captain Cullen, a Scots soldier who was billeted with them during the First World War. Shows tents which accommodated some of the soldiers who were looking after the horses and running the field kitchens (see oral history tape 185).