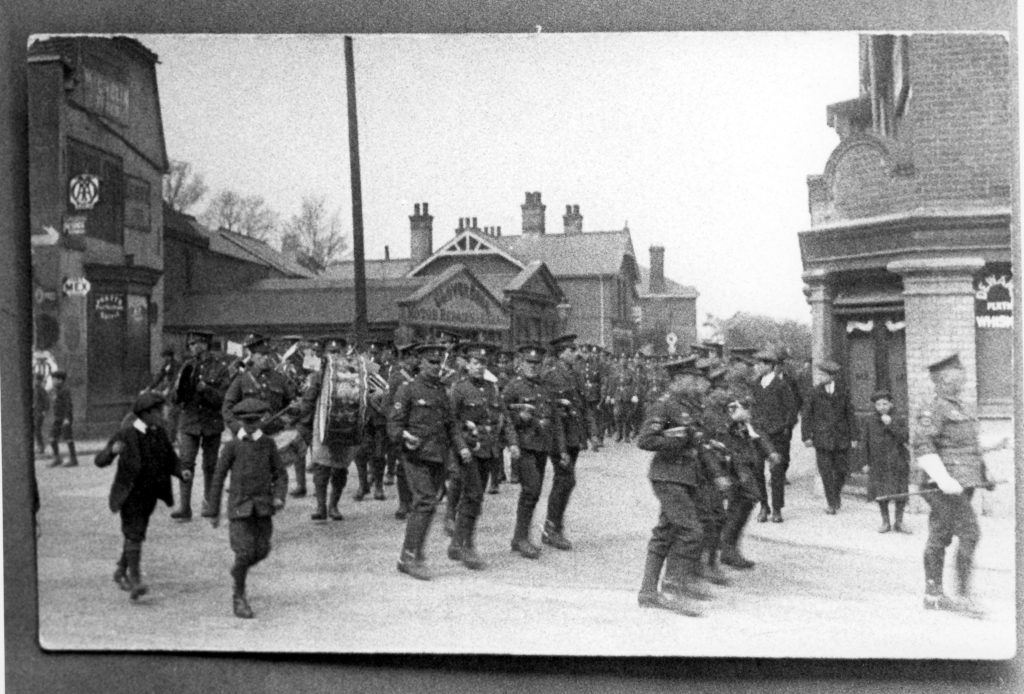 Soldiers during the First World War. Some of the Royal Army Medical Corps, band and bugle band, recently arrived in Witham after the departure of the 1st/7th (information from Ian Hook, Essex Regiment Museum). Marching down Collingwood Road and into Newland Street. Some civilians.

I didn’t find a newspaper report about the parade, but see the Essex County Chronicle, 2 April 1915, re. the visit of the Lord Mayor of Birmingham to RAMC Midland Division in Witham, where his son was a lieutenant.