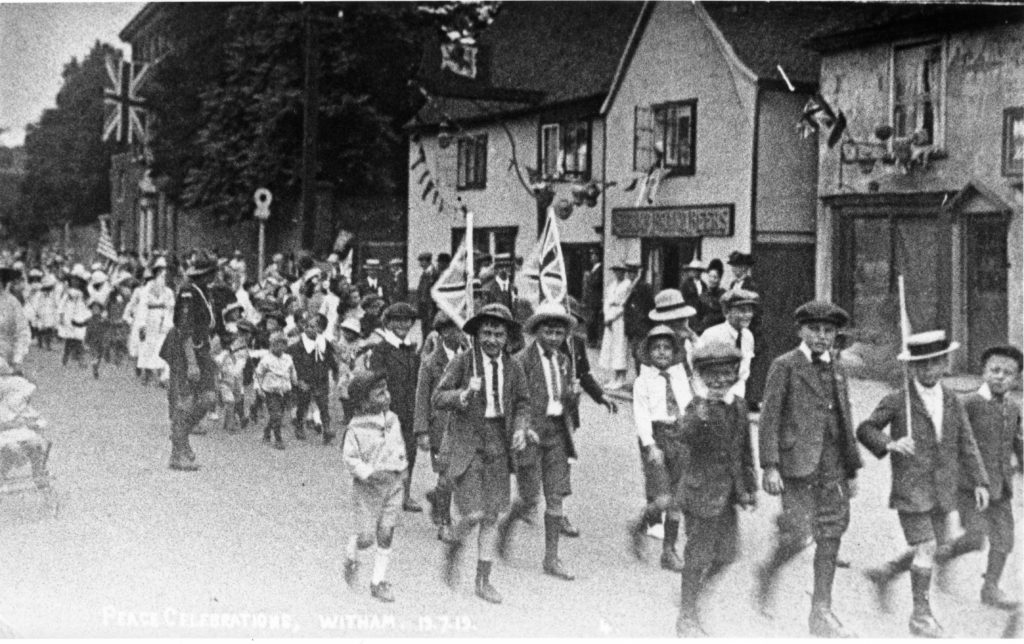 Part of the celebration in Witham was a children’s procession, some of which is shown in this photo.