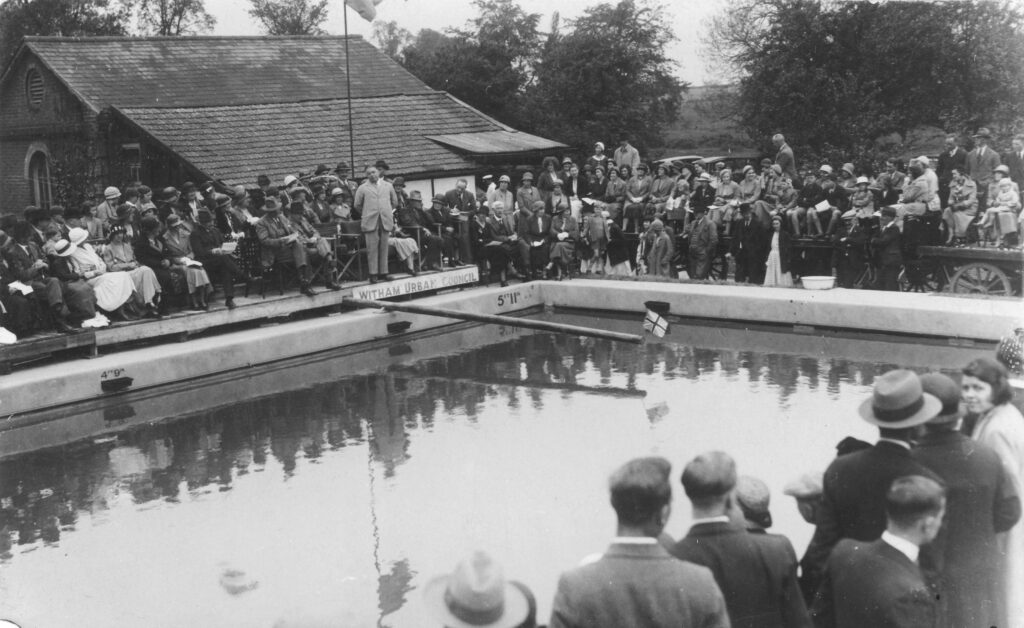 The opening of the Urban District Council’s outdoor swimming pool behind the Swan (153 Newland Street), May 1933. Standing, in white suit, Sir Valentine Crittall, who performed the opening ceremony. Compared to M577 of the same occasion, there are some empty seats on the front row. But judging from the names known for the latter photo, the two on the front row wearing hats left of Sir Valentine, with empty seats either side, are probably W W Burrows on the left, and on the right either Esmond Smith (the latter is here in M577 but has no hat) or Gerald Bright (who is one place along in M577 but does have a hat).   Perhaps Mrs Crittall half hidden by Sir Valentine. To the right of her, the Hardcastle family are on the back row.  A gala and an exhibition water polo match followed, provided by clubs from Maldon and Braintree. Thereafter, Tuesday evenings were to be reserved for the Witham Ladies’ Swimming Club. The pool closed in 1936 because of poor water quality, but after protest meetings it re-opened again until 1939.