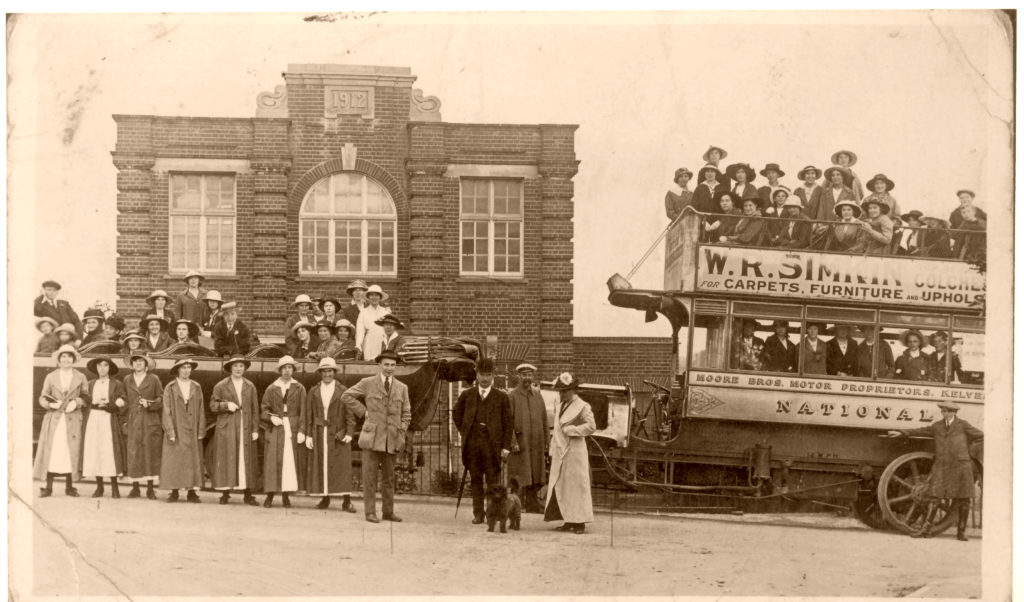 Outside Pinkham’s glove factory (1 Chipping Hill). A group preparing to leave on a firm’s outing to Clacton, some time after 1914.

The man with a dog (Curly) in the dark suit in the centre is William Pinkham, the firm’s founder, and the lady right of centre is his wife. To William’s right is his son, W H Leslie Pinkham (Bert).

The lady in white in the charabanc is Miss Minnie Ottley, one of the supervisors, whilst the boy wearing a straw hat, several places to her right, is Harold Keeble, who became the manager. Standing in front of him is his sister, Miss M Keeble.

The vehicles were both hired from Moore’s of Kelvedon. On the right is a Clarkson 12 hp National Steam Bus, built in Chelmsford. Later in life, its body was resting in a field near Kelvedon until the by-pass was built in the 1960s. I cannot find out much about the charabanc on the left.

Much of this information comes from an interesting series of letters in the Braintree and Witham Times in 1980. One of them, on 28 August 1980, was on behalf of John Pinkham, William’s grandson. The other two were from Sid Gurton and Ian Lawson (7 August 1980).