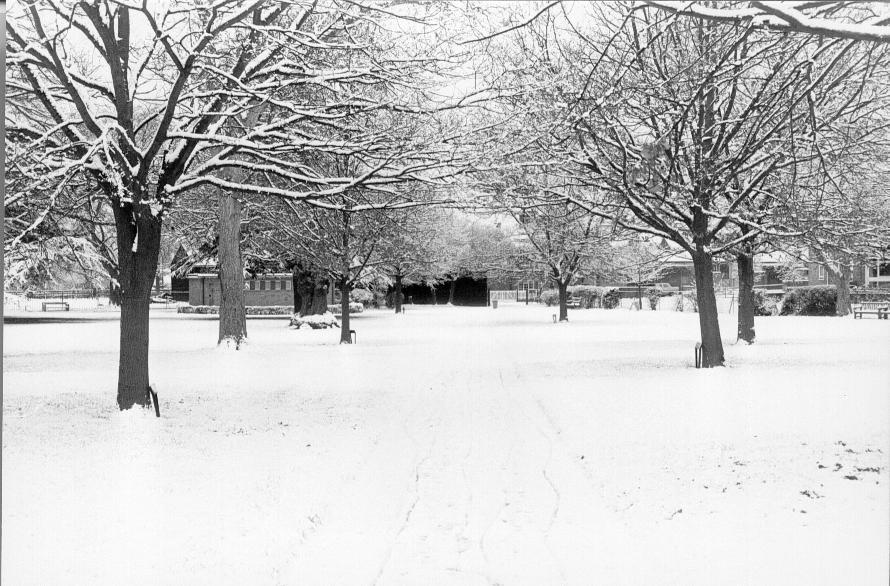 Maldon Road Recreation Ground (the Park), in the snow, looking along the central path towards Kings Chase. The Toilet block is towards the left in the background.

Shows some of the plaques on the six oak trees planted in 1946 by RAF personnel from Rivenhall airfield. The wording on the plaques said that the trees were given “in gratitude for the kindness of the people of Witham to the RAF crews stationed at Rivenhall between October 1944 and March 1946”