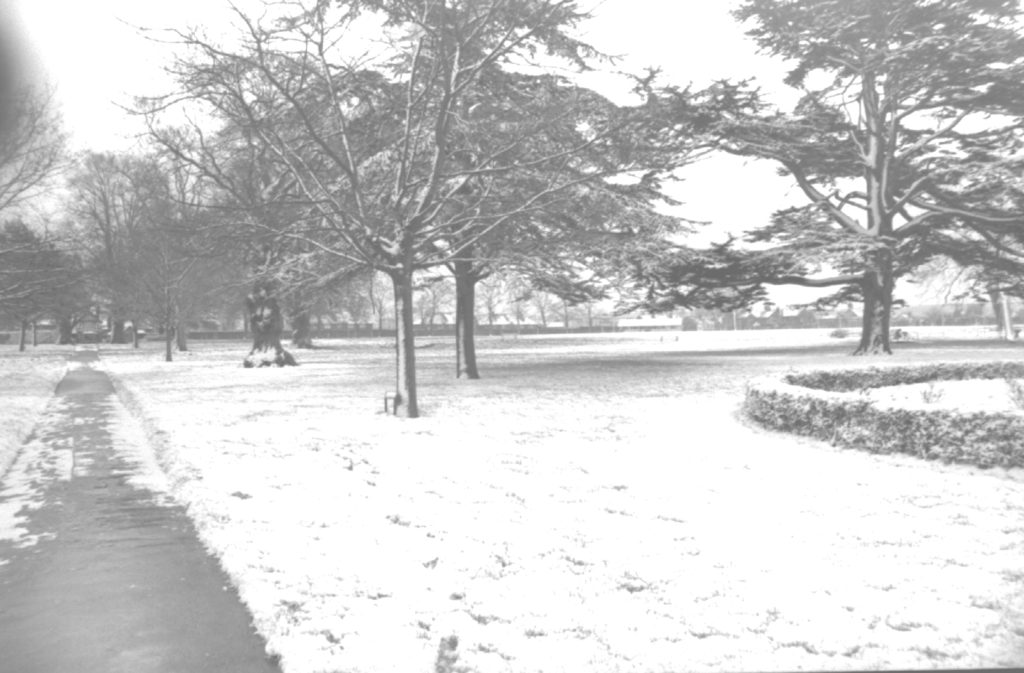 The Maldon Road Recreation Ground (the Park), in the snow, looking along the central path towards Maldon Road. A hedge is round the rose bed next to toilet on right, with cedar behind it.

Shows some of the plaques on the oak trees planted in 1946 by RAF personnel from Rivenhall airfield.