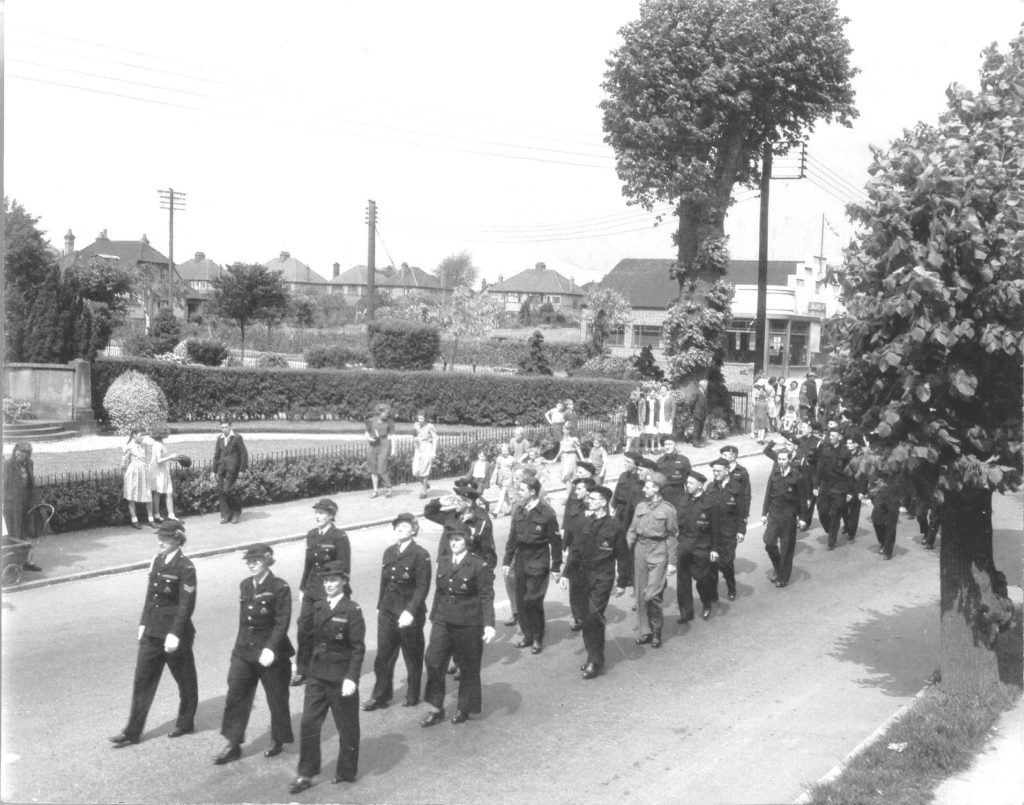 Victory parade passing the War Memorial. This shows the part with the ARP and Civil Defence. Names known are (10) Herbert Ruffell (Roy Gage’s father-in-law, in the centre, marching in front of the man in khaki) (13) Reg Turner (gent’s outfitter, the man in khaki), (14) Albert George Rudkin (boot repairer) or Mr Stiff (Spurge’s manager) (half-hidden by the person who is half-hidden by Herbert Ruffell), (18) Gerry Booth (manager of Midland Bank, with specs, marching two places behind Reg Turner), (21) Bill Smith (solicitor’s clerk, to the right of the gap which is to the right of Gerry Booth). In the background, left to right, are part of the War Memorial, house in the Avenue (probably 4 The Avenue), backs of houses in Avenue Road, and Glover’s garage. See also M647, M1810 to M1814 and M2194.