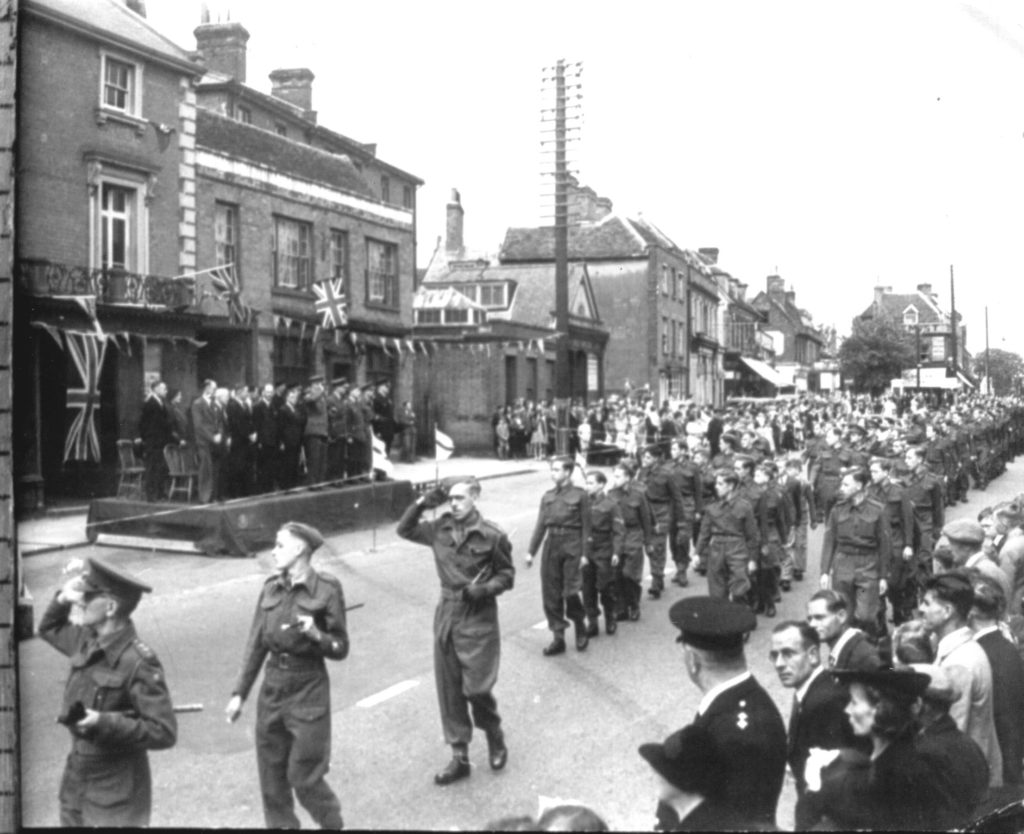 Part of the Victory Parade passing down the wide part of Newland Street. This shows the part with the Essex Regiment army cadets taking the salute.I mistakenly called them the Home Guard in the Images book.

The three in a line in the front of the parade, bottom left of photo, are, left to right, (1) Captain Chapman (print manager at E T Heron), (2) A Regimental Sergeant Major from Braintree (3) Andy Devine who worked at British Oxygen and wouldn’t do ‘eyes right’ as he should, because there was a Conscientious Objector on the stand.

The front three cadets of the three columns are (4) on left, Raymond Hazlewood (Company Sergeant Major), with (5) behind him possibly his brother Kenny. (12) in the centre Donald Royce, and (16) on the right Edward (Stan) Phillips.

In the cap just behind Stan (20) may be Les Hansell (older, invalided from Royal Engineers with bad leg, hairdresser near Jubilee Oak in Collingwood Road).

Stan Phillips, born c 1930, was the source of most of the information. He said he joined the cadets with a friend by going to see Mr McKinley[?] at the old electricity office in Collingwood Road, who decided whether to let you in. You could join at 13 if tall or later if not.

There is a report in the Essex Chronicle, 18 May 1945, which in particular lists the organisations and bands taking part.