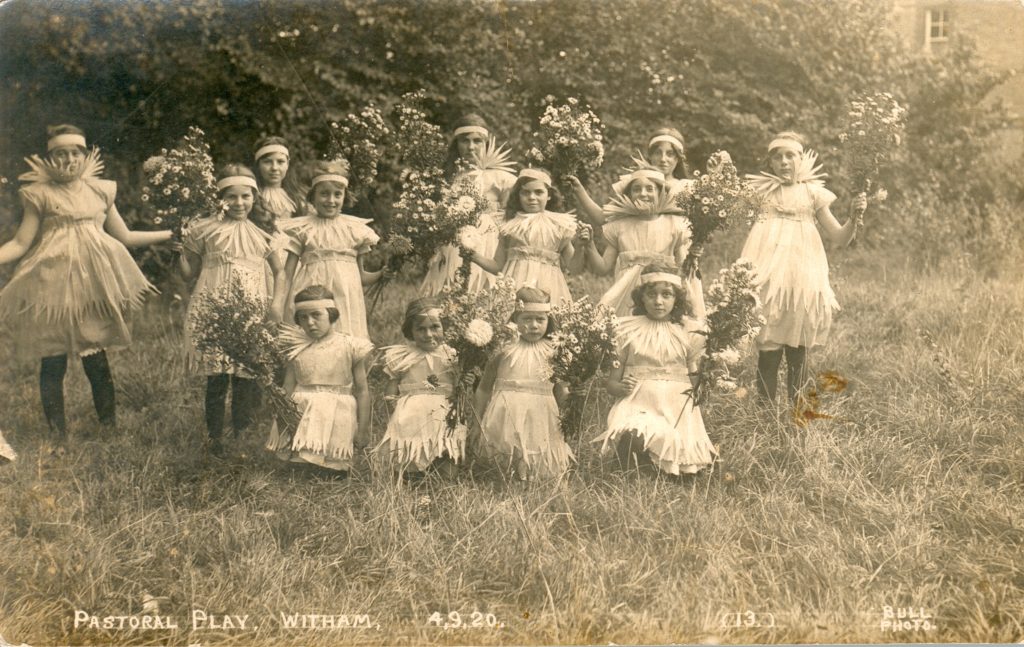 ‘Pastoral Play, Witham, 4,9,20. Photo no.13 of the set. Fete and play organised by Witham branch of the ‘Comrades of the Great War’. Reported in the Essex Weekly News, 10 September 1920. In the Maldon Road Recreation Ground (the Park). Vera Turner (later Mrs Howell, born c. 1909) is the third girl from the left of the ones standing at the back. This event was to raise money for the new Witham Nursing Association. The newspaper reported that ‘Over 100 performers took part in the performance of a very charming Persian play, entitled “The Magical Ring … The dialogue being interspersed with fascinating dancing by a band of over 70 children who were dressed as flowers,’ Also see photos M193, M531, M919, M1795, M3013.