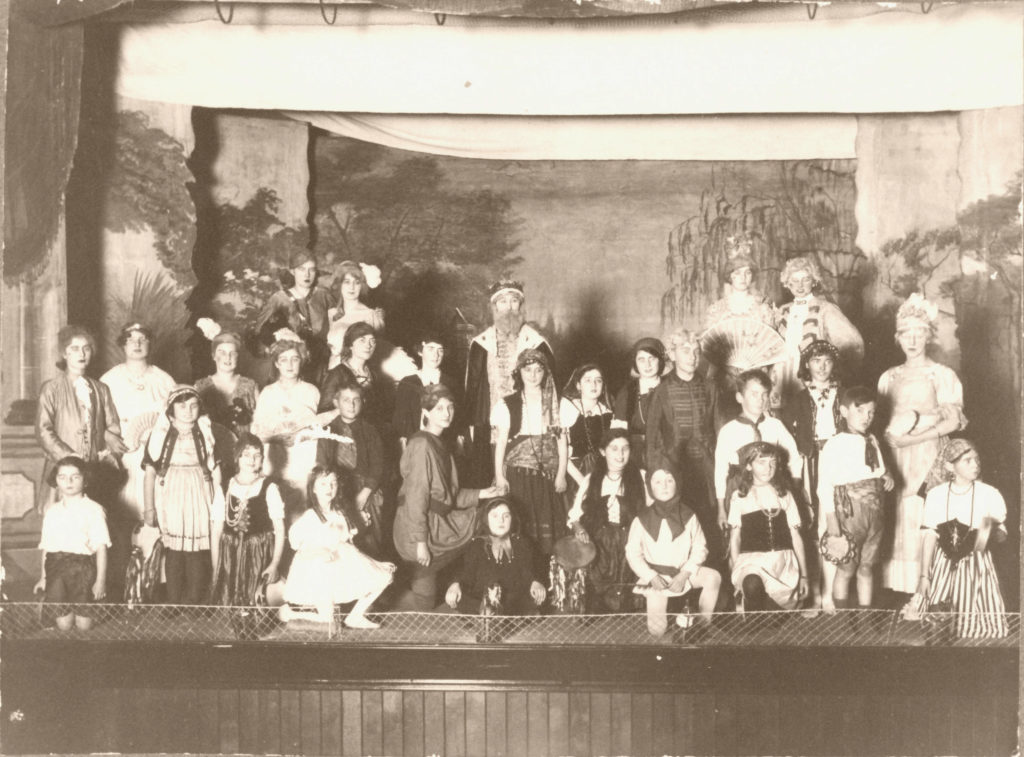 A performance at the Public Hall. Possibly ‘The Imps’, who were Young Conservatives.

Information about the last two came with the photo, the rest of the names were collected from various sources.

Photo M195 is another copy of this.