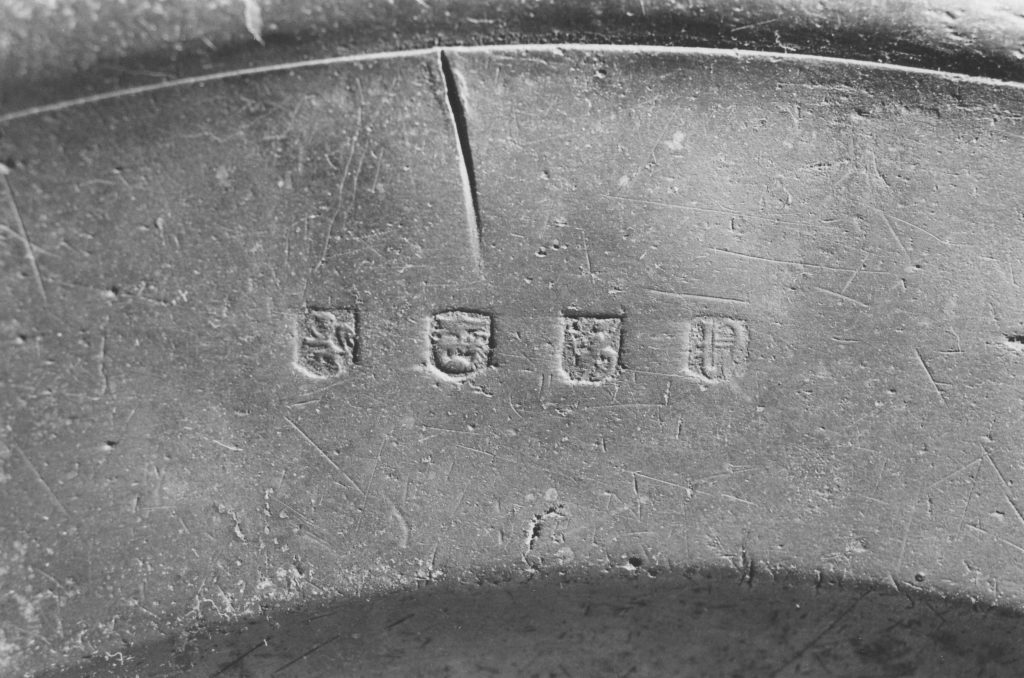 Pewter dish, probably of Thomas and Mary Sceeles, early 18th century. Found in her garden at 9 Chipping Hill by Jane Barton. Close-up of makers’ marks. Thomas Sceeles was a grocer and draper in Witham c.1680 to about 1715 (when he moved to Surrey). They probably lived in Barnardiston House (now 35 Chipping Hill) at first, and then moved to Newland Street. Some time before 1705, Mary was left land which included the site now Mrs Barton’s house. See notes on people files for more details.