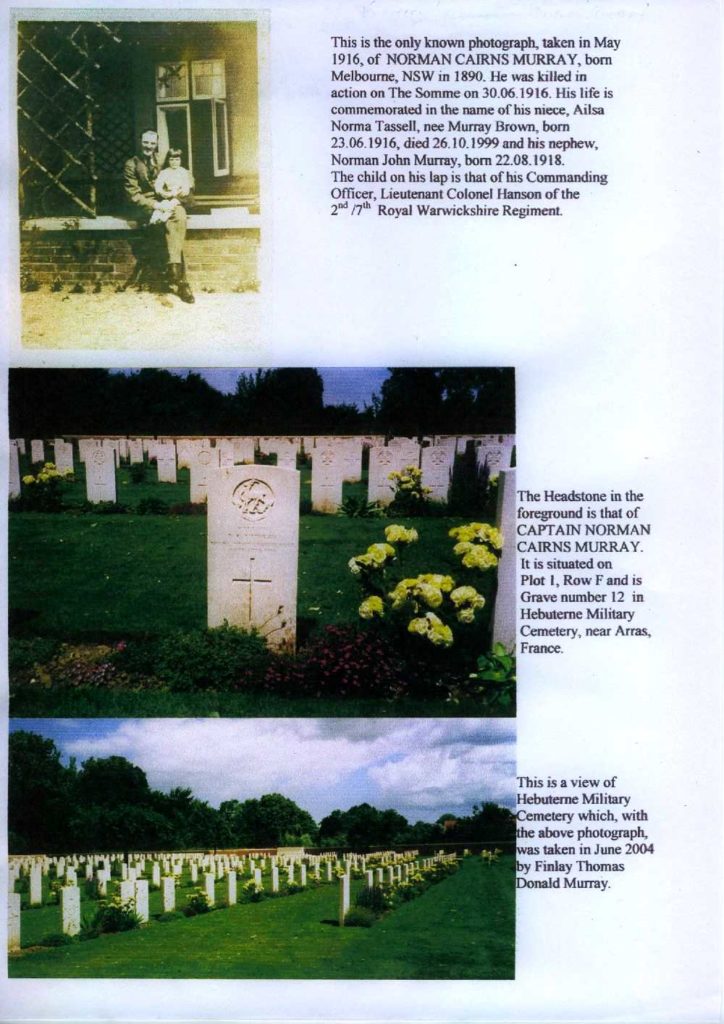 Photos re Captain Norman Cairns Murray (brother of Lieut Eric William Murray who is shown in M2190 and M2191) and Captain Hanson. At the top is Norman Murray. Only known photo of him – he was killed on the Somme in 1916. On his knee is the child of Lieut Col Hanson (Norman’s commanding officer). The other two photos show the headstone and cemetery of Norman Murray.